By AustineBarasa (self media writer) | 5 months ago 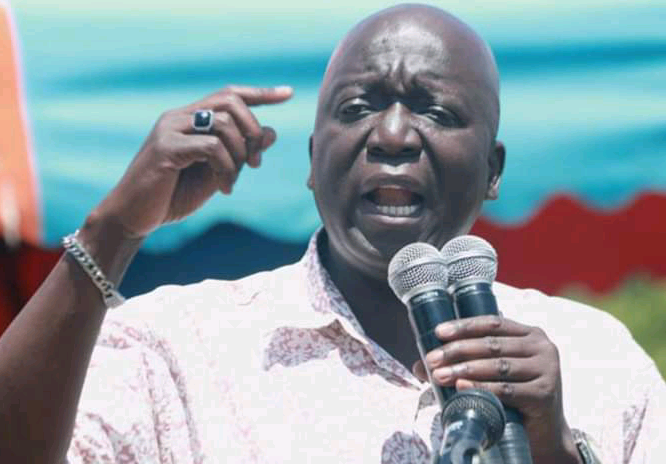 As preparations for the laying to rest of the former Gem MP Jakoyo Midiwo take shape, his memorial service was today on June 24th held at Christ Is The Answer Ministries (CITAM) church along Valley Road in Nairobi with family members and friends converging to mourn him.

The memorial service which was being conducted in line with the burial program also had a number of high profile individuals in the country in attendance among them being the former Prime Minister Raila Odinga, Mudavadi and Kalonzo Musyoka.

Then during the paying of tributes to the deceased, politicians were given the first priority before family members and friends getting the opportunity to do the same.

One by one, the leaders talked of how they knew Jakoyo Midiwo and the life he led which was by the way celebrated by many mainly because of him being a frank individual who always spoke his mind and stood his ground without fear.

After the politicians, the turn for Jakoyo Midiwo's family members to take to the podium and eulogize him came. His children were among those that were to pay tributes and Allan Henry OJ Otada Junior was one of them. 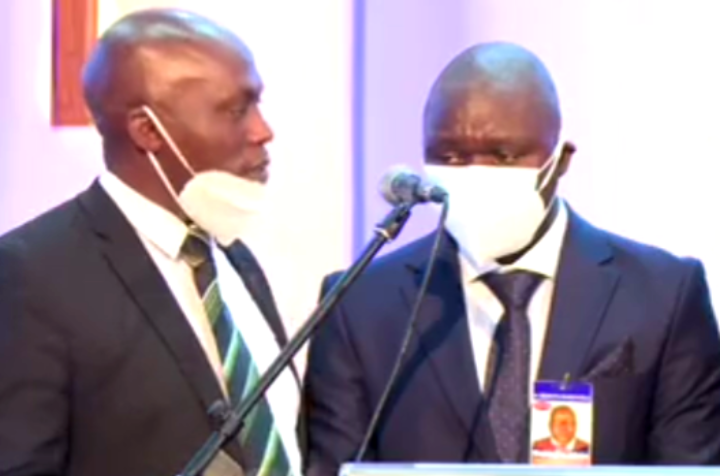 When he arrived at the podium, Henry who we later found out that he was beside his father on the day he passed away (on Monday June 14th) was quite overwhelmed by emotions and it's for this reason that he was flanked by his sister and uncle.

OJ Otada Junior's emotions made him unable to read his tribute audible enough from the start and when it became unbearable, he was assisted by his uncle who later identified himself as Michael Arunga.

The uncle revealed that OJ Otada Junior was beside his father when he died in the ICU of the Nairobi Hospital but fortunately, the apple hadn't fallen far from the tree and he has every quality that his father had besides the looks. He even urged the gentleman to follow in his father's footsteps with regards to politics as he blessed his path. 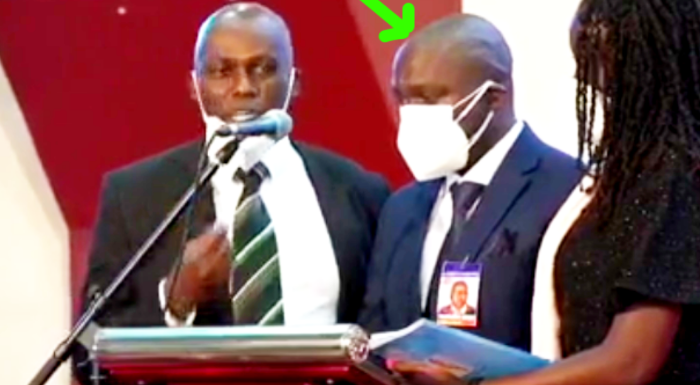 "My name is Michael Arunga, I stand here as Allan's uncle on his maternal side. Allan was beside his father when he died and you can understand the pain he's going through," he started after reading Allan's eulogy to completion.

He then added that "the good news is that the fruit hadn't fallen far from the tree. I've seen Allan grow, he had the grace of his dad and he has the drive of his dad."

"You have a bit of arrogance and sometimes scenarios like this can be a motive but as you lay your father to rest, you know how your father was. I'll encourage you to pick up the mantle and drive your father's agenda," he told him.

Watch the scene at the begining of the video in the link below. 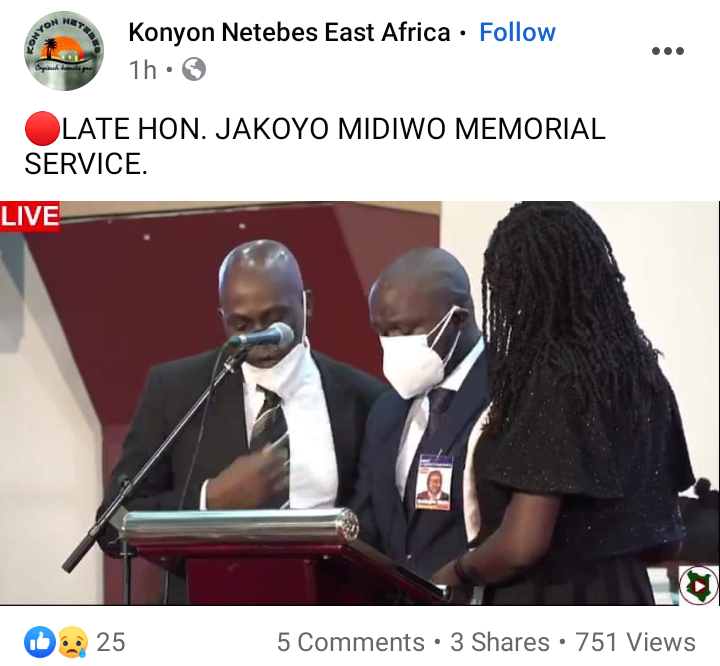