By 254officialnews.com (self meida writer) | 1 months 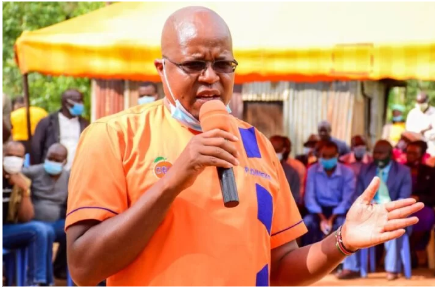 Pavel Oimeke of ODM party speaking during a By-election compaign in Bonchari Constituency in Kisii County.

The Orange Democratic Movement (ODM) Party has finally won the Bonchari Constituency seat, which has been a hotly contested one from the UDA and Jubilee parties. This after missing the seat in 2017 general elections.

This time around, ODM's Pavel Oimeke has managed to defeat Jubilee and UDA candidates, who were closely following him up during the votes tallying process.

The former civil servant who has entered to politics for the first time won the three horse race by garnering 8,049 votes. This is equivalent to 30 percent of the total votes casted.

The Jubilee Party candidate Zebedao Opore came second in the race with 7,279 votes, while the UDA candidate Teresa Bitutu Oroo the window whose husband was the area MP John Oroo Oyioka, came third with 6,964 votes.

Oimeke was serving as the Energy and Petroleum Regulatory Authority (EPRA), will now serve as an MP to succeed the deceased Member of Parliament John Oroo Oyioka who died in February after a long illness. 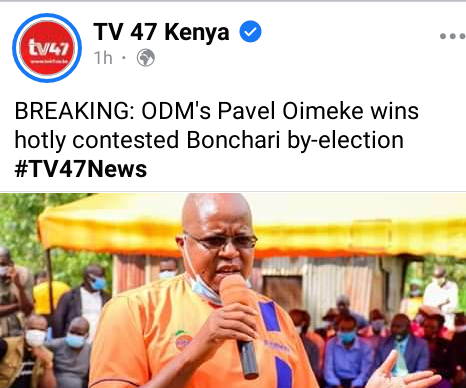 Planned Long Blackout Tommorrow Check If You Will Be Affected

Meet Fortinatah, The Only Lady Working At A Kplc Power Station Dominated By Men

The Incredible Projects Some Of The Big Countries Are Working On