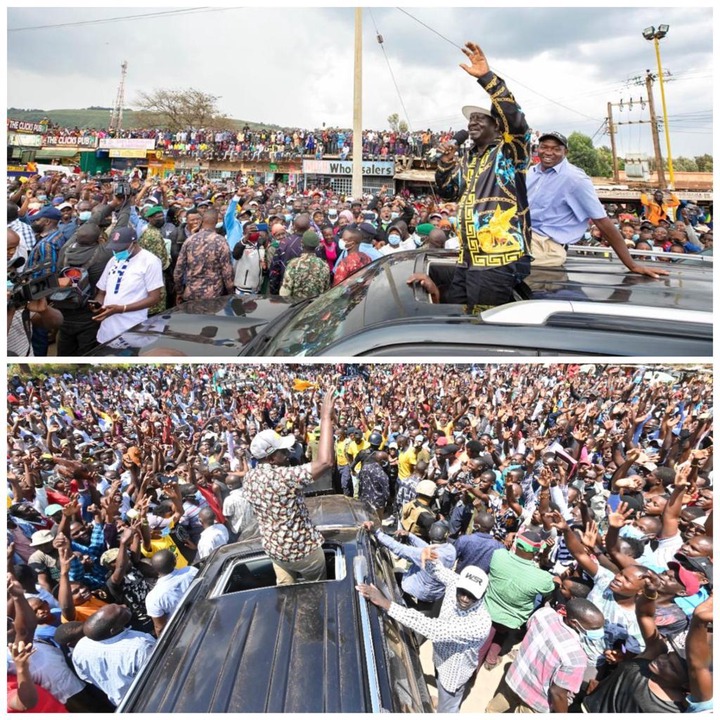 With the election period nearing, presidential candidates are putting there houses in order a head of the general election.

The two political leaders have shown specially interest in the mount Kenya region which is currently under the leadership of president Uhuru Kenyatta.

The president has shown much interest of leaving the office to Raila Odinga who has been visiting the mountain through the help of the regions business people and government officials including cabinet secretaries among other leaders.

The deputy president has been reaching the region through the help of voters who have shown much interest in the region.

However, as it stands now, the deputy president William Ruto will easily outshine Raila Odinga in these two main central Kenya counties.

1. Kirinyaga county. The second in command has successfully taken the county's governor a good number of elected MCAs and MPs among other leaders. He has specially fovored support and influence in this region.

2. Nyeri County. The second in command has abled to take in the county's governor Kihiga among other key dignitaries. The region has been targeted by both Raila and Ruti but the latter still have influence within the region.

3. Kiambu County. The second in command has able to bring to his side, the regions senator, members of parliament among other key leaders. This region is one of the most populated regions which will play a major role to the second in command.