By HotNews_Ke (self media writer) | 4 months ago 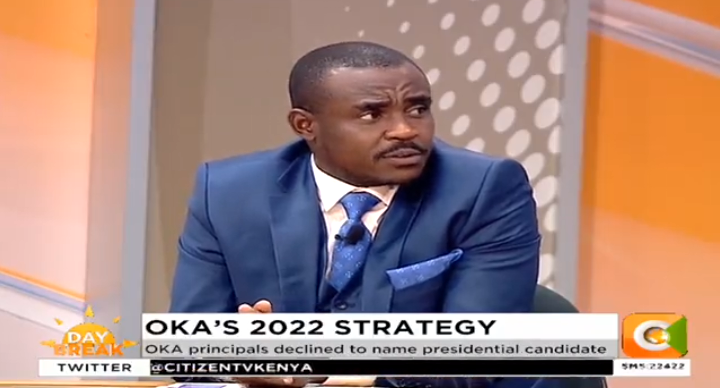 Malala said that Musalia Mudavadi in his life has been sacrificing for others. He started the analogy from 2002 when Musalia was a vice president. He chose to support Uhuru Kenyatta for president and subsequently lost his parliamentary seat. In 2007 he chose to support Raila Odinga. While on the negotiation table led by Kofi Annan, he agreed for Raila to be Prime Minister and Kalonzo vice president. In 2017, he became a campaign manager for the duo without getting anything in return.

Malala says it is now only fair that all the political leaders support Musalia Mudavadi. His stance that Musalia cannot accept to play second fiddle might fuel fire that ANC is on its way out of OKA. Musalia is expected to have a presidential launch on January 23rd. To watch Malala's sentiments, click on this link. https://twitter.com/citizentvkenya/status/1483298877566603270?t=8Gx-pEuC1G71EIdF5oOnFw&s=19