Former Majority Leader in the Senate Assembly, who is also the Tharaka Nithi Senator, has warned the clergy against uniting President Uhuru Kenyatta and his Deputy William Ruto. The Pronouncements by the former Deputy Speaker of the Senate Assembly come amid dauntless efforts by the Catholic Church Leaders to end wrangles between the two Senior leaders in the country. 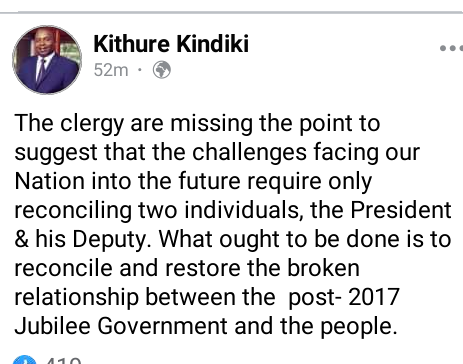 However, according to the Senator the church should not focus on reuniting two leaders only but rather Should strive in bridging the gap between the people of Kenya and the government by helping in restoring the dwindling trust. Kindiki says that religious should pay attention to matters affecting the entire country instead of trying to reunite two people. 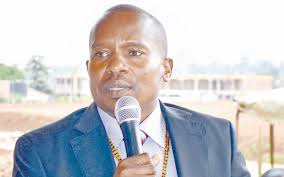 The relationship between the president and his Deputy William Ruto has been at the peripheries after the infamous handshake that gave birth to the BBI report. The Deputy President William Ruto's Political stands against both the BBI report and handshake are tipped to have been the reason he fell out with his boss.