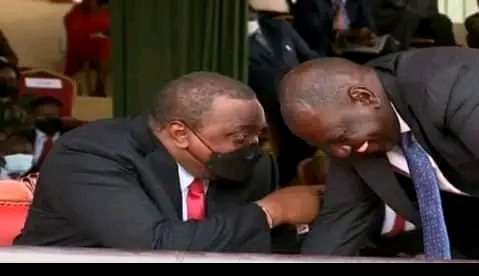 Defending himself against accusations that President Uhuru and the Executive have interfered with Senate operations, Senate Speaker Kenneth Lusaka has explained why he joined the United Democratic Alliance Party. As a result of this action, DP Ruto's friends were demoted from important posts within the Jubilee government.

In an interview with K24, Speaker Kenneth Lusaka asserted that the majority's perception that President Uhuru has been in control of the Senate and has influenced the passage of certain vils is untrue, adding that nothing of the such has actually occurred.

As reported by Lusaka "The independence of the senate has occasionally been misinterpreted. The time was out of the executive's control. I facilitated voting and let everyone take part."

He clarifies that he joined the United Democratic Alliance party in order to ride the wave "I gave consideration to the circumstance in Bungoma when it came time to make a political decision. Nine MPs total, seven of them are UDA members. It was obvious from the wave that it would be challenging to resist the current."