Odinga was on a mission to campaign for the ODM candidate David Were in the upcoming by-elections. 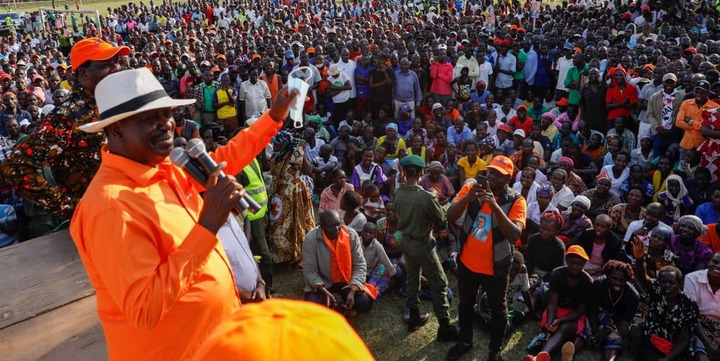 The UDA candidate Alex Lanya has been projected to win by a landslide following the ground influence of former sports minister Rashid Echesa and Former Kakamega senator Bonny Khalwale.

Amongst other candidates in the Matungu by-election include Amani National Congress (ANC) candidate Oscar Nabulindo and the widow of the late Matungu Member of parliament Justus Murunga.

The Matungu by-election will be used as an indicator to check UDA and ODM popularity in Kakamega.

Analysts had earlier stated that ODM influence was being replaced by UDA a party allied to the deputy president William Ruto.