By AbubakarIDD (self media writer) | 13 days ago 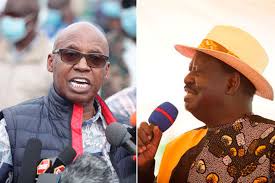 After supporting Raila Odinga fully in the 2017 general election, Jimi Wanjigi has been claiming that he is now ready and ripe enough to take over the country's leadership. He has been calling on Baba to pave way and support him in the coming general election something that has been causing plenty of reactions, discussions and debates in the country.

For a period of time now, many of Raila Odinga's allies have been tolerating Jimi Wanjigi but today was not his day as angry Raila's ally Peter Kaluma came out publicly to dare the tycoon. Through his official twitter account, Kaluma warned Wanjigi to stop talking ill about Raila before daring him to run against him in Homa Bay.

"@JimiWanjigi is alive becoz of Baba. He should stop throwing some useless tantrums over seats he can't get even in his wildest dream! Let him run against me in Homa Bay Town Constituency if he is man enough... I'll wipe the floor clean with him without a single meeting or rally!" Tweeted Peter Kaluma. 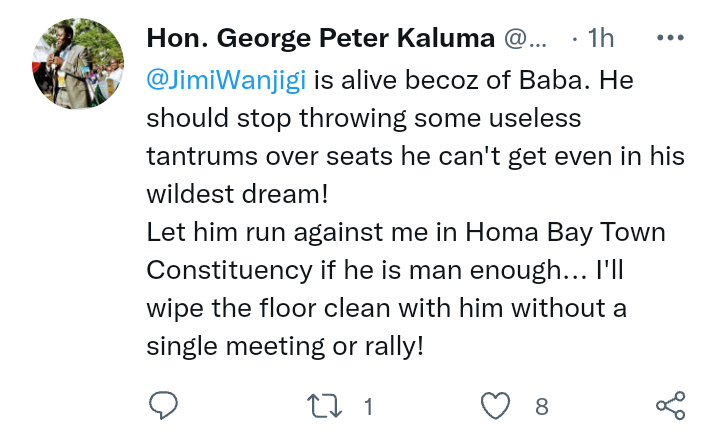