Mother of Demos? Raila Calls for Crisis Meeting With MPs Ahead of Wednesday's Mega Rally At Kamkunji

Azimio La Umoja One Kenya coalition leader Raila Odinga has called for a crisis meeting with the coalition's allied Members of Parliament to weigh about the planned Wednesday public engagement on the ongoing probe of four embattled Independent Electoral and Boundaries Commission (IEBC) commisioners at parliament.

The former prime minister is expected to hold a special meeting with legislators affiliated to Azimio coalition to deliberate on perceived demonstration slated on 30th November, 2022 at Kamkunji ground in Nairobi, and later spread to other parts of the country. 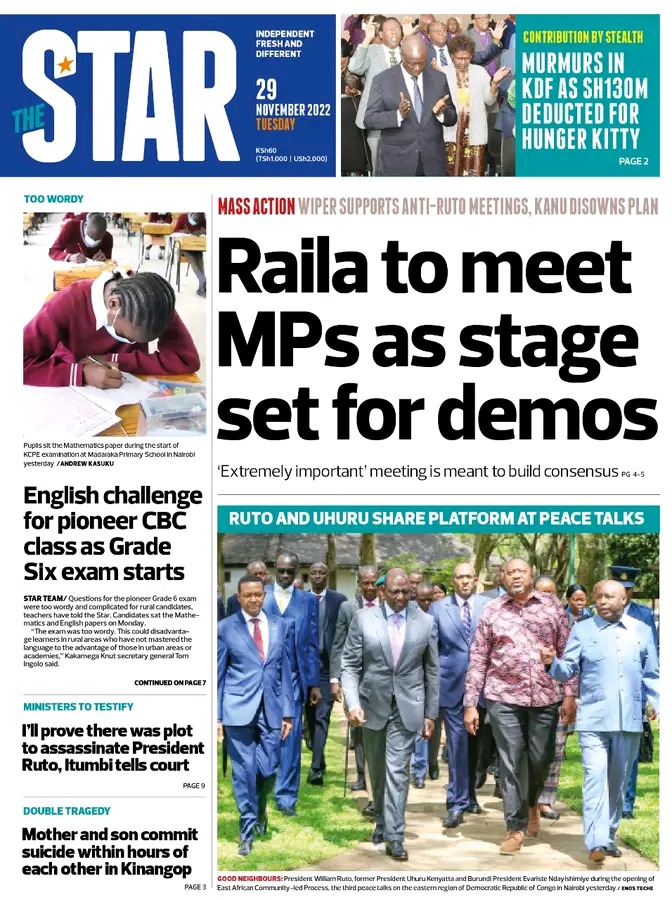 Raila protested over the petition lodged at parliament seeking the removal of the four electoral agency commissioners; Juliana Cherera - Vice Chairperson, Justus Nyang'aya, Irene Masit and Francis Wanderi, who are accused of incompetence, gross violation of the constitution following their dissenting stand of presidential August results.

On Sunday, the opposition leader announced a plan to traverse the country to engage Kenyans on the fate of four commissioners starting Wednesday. 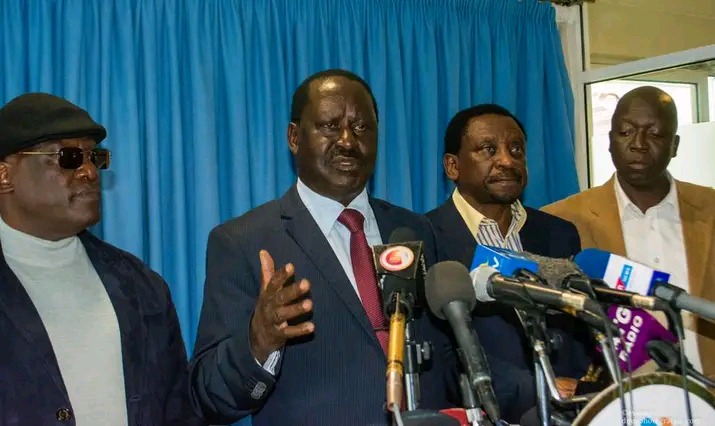 Although welcoming criticisms from the opposition faction, President William Ruto on Monday scoffed Raila Odinga over the planned countrywide protests that he said risks destabilizing peace.

"I want to tell my brothers in opposition to work with us and criticise whatever they want to criticise, but let's keep the country peaceful. We want to do our job and we also want opposition to do their job, but they should be peaceful" said Ruto in Tatu City, Kiambu County.