President Uhuru Has Been Vindicated, Kenyans Say After Judge Admits Carrying Sh 700000 In US Dollars 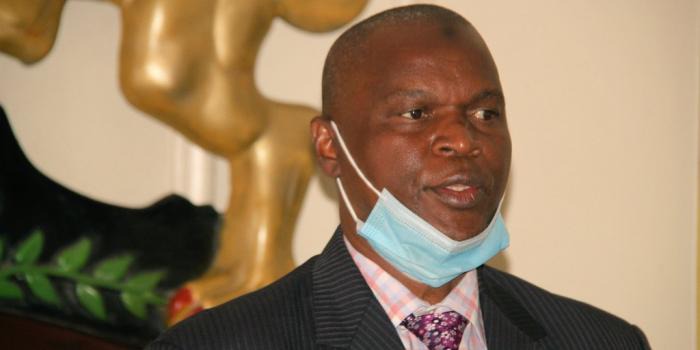 Many politicians especially those in opposition accused President Uhuru's government of political witch-hunt after two judges were searched and subsequently arrested. During that time, they said that the arresting officers were wrong as nothing had been found. Today it seems the president and his government has been vindicated.

This is after High Court judge Juma Chitembwe admitted of carrying Sh 700,000 with him. The man was in $7,000 notes. Chitembwe said that people should not raise eyebrows about him carrying such huge amount in dollars. He said that they have three dollar accounts under his wife so it was normal for him to carry US currency.

Quizzed why such huge amounts, the judge said that he was intending to pay for his son's school fees. This led to Kenyans on Twitter saying that the president had been vindicated on his war against corruption. They poked holes on Chitembwe's statement.

First they wondered why he had stayed with the cash for months. In his statement, he had said that he was unable to transfer the money directly to his son's school account. Kenyans wondered why he would withdraw the cash just to deposit again. And when he failed to deposit the cash why did he not return it to the bank? Kenyans said that it would be easier for a bank to transfer the amount instead of withdrawing.

Kenyans on Twitter also wondered why the judge had dollar accounts under his wife's name and not his. They opined for transparency purposes he ought to have registered it under his name.

Kenyans also wondered why the initial outcry after arrest. According to them, this was to sway public court on his favour. They said if he had revealed that on the day of arrest most people would not have called the whole exercise a political witch-hunt. You can follow the whole discussion on Twitter. 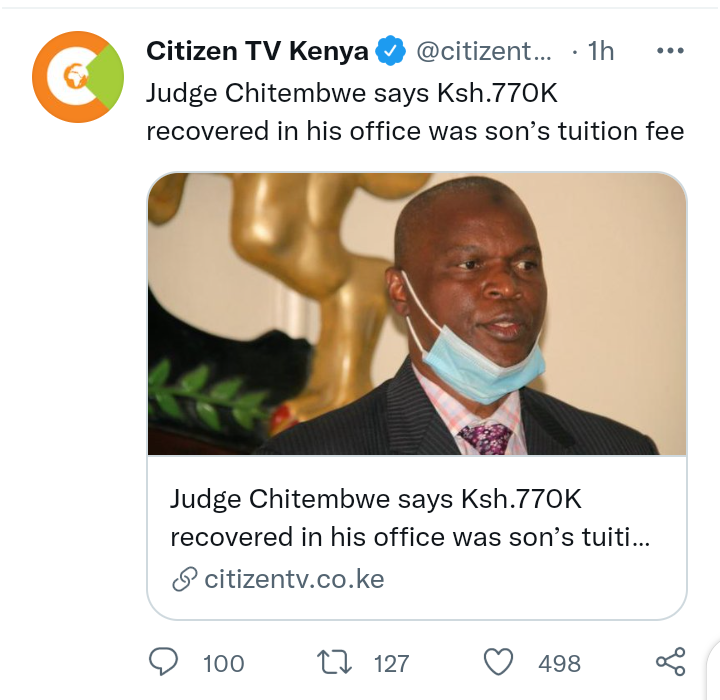