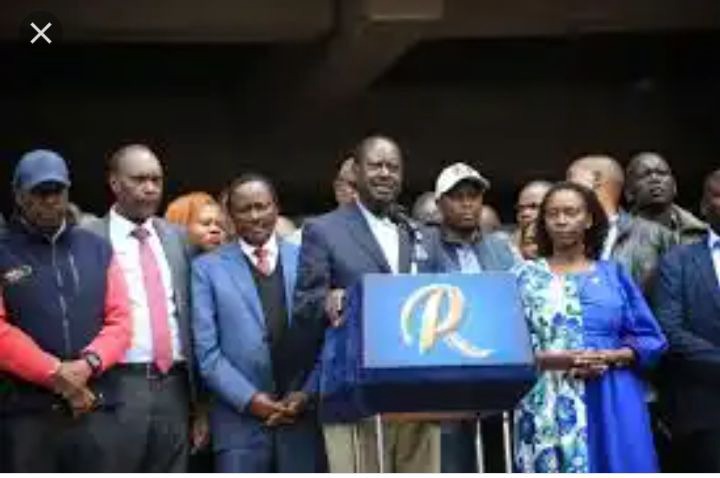 In the just concluded last general elections, Kenyans were given equal opportunities of exercising their democratic right through voting in leaders of their choices that will rule them for the next five years in different elective political positions as MCAs, MPs, Senators, Women Reps, Governors and in the Presidency position.

After the conclusion of the tallying process, political winners were declared in all the above mentioned political seats. In the presidency position that many Kenyans were eagerly waiting for, the Independent Electoral and Boundaries Commission boss Mr Wafula Chebukati declared the Kenya Kwanza Alliance flag bearer Honorable William Samoei Ruto as the winner.

Ruto won in the tight race that was seen between him and his close contestant Honorable Raila Amollo Odinga of the Azimio La Umoja-One Kenya Alliance.

After his win, some of the independently elected leaders and some Azimio affiliated leaders were reported to have joined his Kenya Kwanza Alliance camp.

This made Ruto's Kenya Kwanza Alliance camp to have large number of elected political leaders in the National Assembly than Odinga's Azimio.

Even though the Registrar of the Political Parties insisted that the Azimio affiliated parties who joined Ruto's camp are still members of Azimio La Umoja-One Kenya Alliance, the Kenya Kwanza Alliance camp was today declared the majority party in the National Assembly by the Speaker of the National Assembly honorable Moses Wetangula.

Should the court declares Azimio as the majority in the parliament, honorable Opiyo Wandayi who was nominated by Azimio for the post might enjoy the powers of leadership in the thirteenth parliament.

What is your take on this allegation?