By Poppingnews (self media writer) | 3 months ago 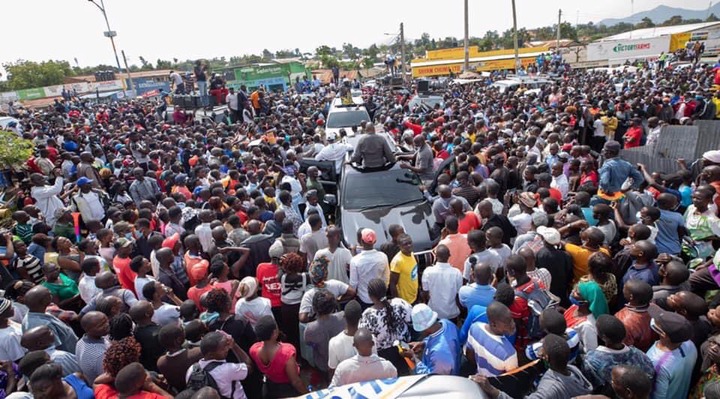 The Orange Democtratic Movement Party leader honorable Raila Amolo Odinga has been in a two day tour in South Nyanza province for the purpose of selling his political manifestos ahead of August polls.The former prime minister together with his Azimio la Umoja team yesterday toured in Migori county where was publicly endorsed by Kuria Council of elders as their suitable Presidential candidate.Today Friday 21st of January, Odinga moved with his team to Homabay county where he was warmly welcomed by Homabay residents as well as Homabay political leaders led by Governor Siprian Awiti. 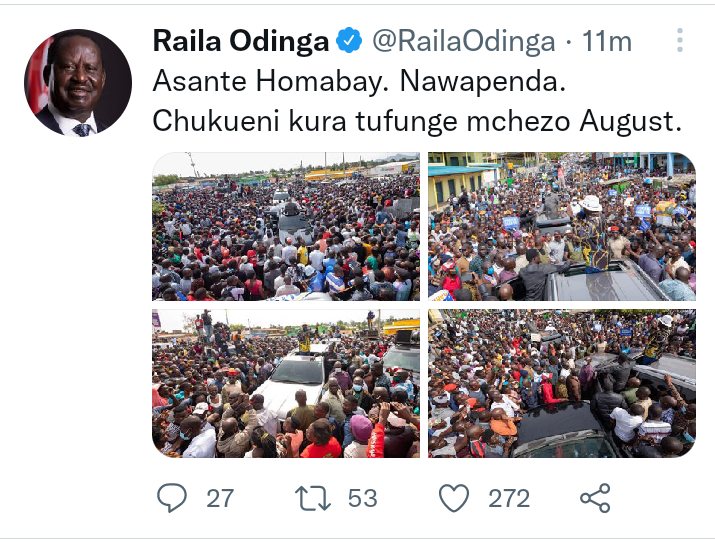 Odinga moved from Oyugis to Kosele then Homabay town,he finally finished his today's Homabay county tour by visiting Ndhiwa Subcounty where he led the launching of an education institution.While concluding his speech,Raila told Homabay county residents to register as votes for that is the only way for him to win in August polls.However,Raila has also been told the mistake that he should avoid in order to get more votes in Nyanza region.Following comments by in netizens,the ODM leader has been told to concentrate on his own politics and avoid 'forcing' people with his relatives.A good example that has been given is his plan to endorse his brother Oburu for Siaya senator seat.

Dear reader,is it bad for Raila to endorse his family members for various political posts? Give your opinion. 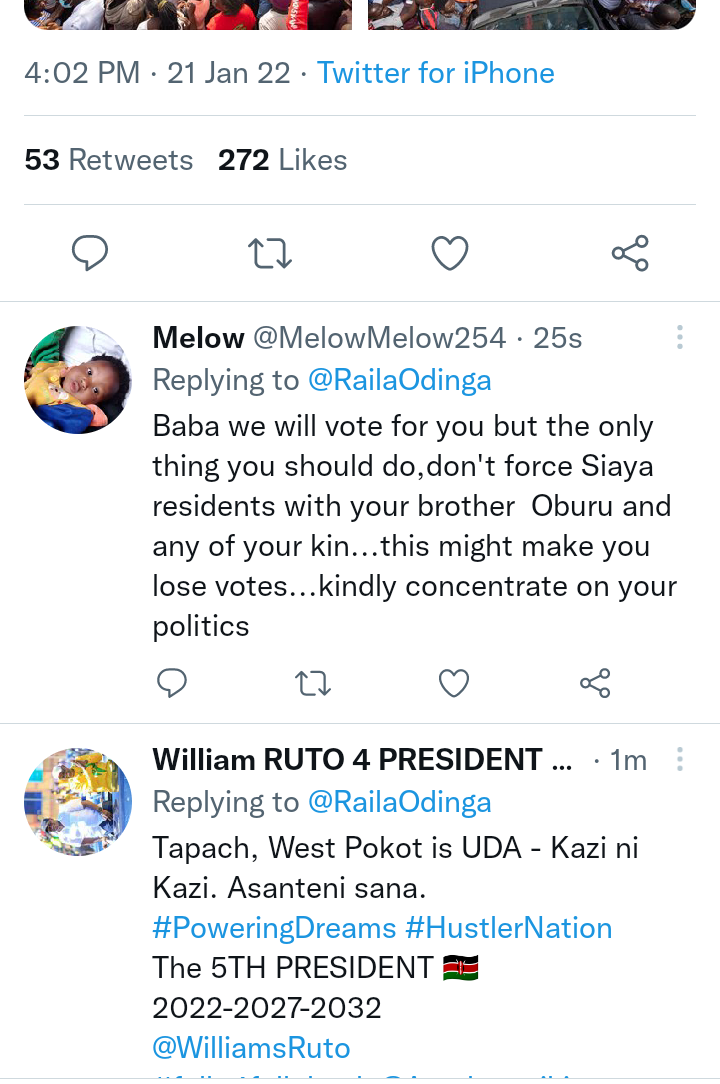 Content created and supplied by: Poppingnews (via Opera News )