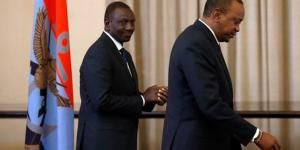 Ndaragwa Member of Parliament, Jeremiah Kioni, who is the chairperson of the National Assembly Constitutional Implementation Oversight Committee (CIOC), says that plans to amend the constitution to give the President sweeping powers over his Deputy are still on.

Speaking during an interview on KTN News on Thursday, October 14, Kioni argued that granting any powers to the Deputy President was dangerous to the country as it would lead to a split amongst Kenyans should the DP decide to exercise such powers.

“If you give powers to the Deputy President and the President, what if they decide to start exercising their own powers individually? You have split the country. You cannot give some powers to an office, what about if the office decides to rebel like the case is today? If the Deputy President had constitutional powers, we would not be having a country,” stated Kioni.

The legislator insisted that the Deputy President has no roles assigned to him and can only be given responsibilities by the President.

“There were no roles assigned to the DP, his is to deputize the President, and he can be told what to do or keep waiting.”

The second term MP also defended the Bill stating that it does not target DP Ruto as alleged by several United Democratic Alliance (UDA) affiliated parliamentarians.

“This has nothing to do with William Samoei Ruto. By the time the Bill comes into effect, he will have long left the office.”

His Kiharu counterpart, Ndindi Nyoro, however, faulted the move stating that leaders are wasting too much time on endless constitutional reforms instead of focusing on issues affecting Kenyans.

“They keep on taking us into rounds on issues of constitutional review yet the major issue and predicament that Kenyans are facing currently is not of a constitutional nature, most of it is of economic nature, unfortunately we are wasting too much time on endless constitutional reform proposals, and especially geared towards power,” he stated. 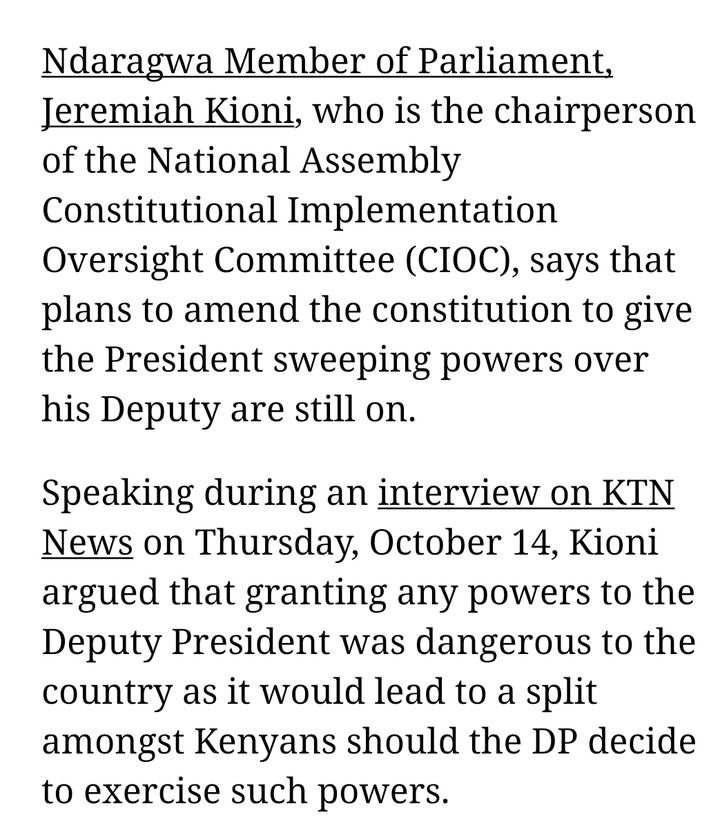