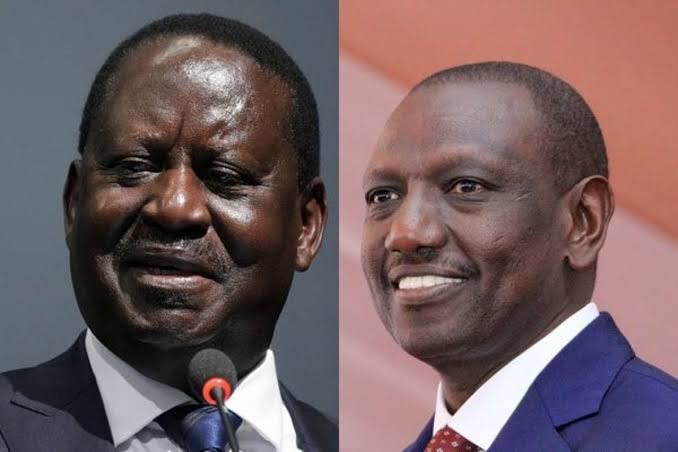 William Ruto's running mate Rigathi Gachagua is from Nyeri county, Mathira constituency where he is a Member of Parliament. Raila's running mate Martha Karua who is also a leader of Narc Kenya is from Kirinyaga county. The two are among the most influential politician in the mountain region which made these two giants to pick them as running mates.

Karua has had a great impact since being picked as running mate in Azimio One Kenya party. The region is believed to be determinant in the coming general election. It is said that the one who will control number of votes from the region is likely to win the presidential seat. Various polls have released results of preference from these counties, Nyeri and Kirinyaga, home counties of Rigathi and Karua respectively.

According to the latest infotrak opinion poll results, Ruto is the most popular candidate in Rigathi's home county Nyeri with 58% compared to Raila's 20%. Raila has gotten a good amount of popularity in the country despite being of Rigathi. In Karua's Kirinyaga county, Ruto also leads with 59% popularity as per infotrak. Raila Odinga comes second with 19% popularity in Kirinyaga. 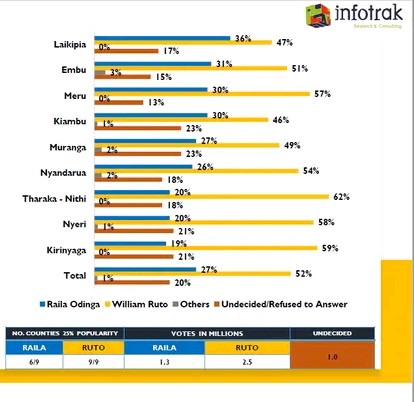 According to Mizani Africa poll, William Ruto is the most popular candidate in Nyeri with 71.0% compared to 24.0% of Raila in the same county. As in Kirinyaga of Karua, Ruto stills leads with 72.1% followed by Raila who has 24.9% popularity. As the these two polls in Karua's and Rigathi's home counties, Ruto is the most popular presidential candidate ahead of his main rival Raila Odinga. Despite picking Karua from Kirinyaga, the deputy president remains in front of Raila in the county. This means Ruto has high probability of winning more election from these two counties compared to Raila in the coming election. Who do you think will win the seat in the next one month? 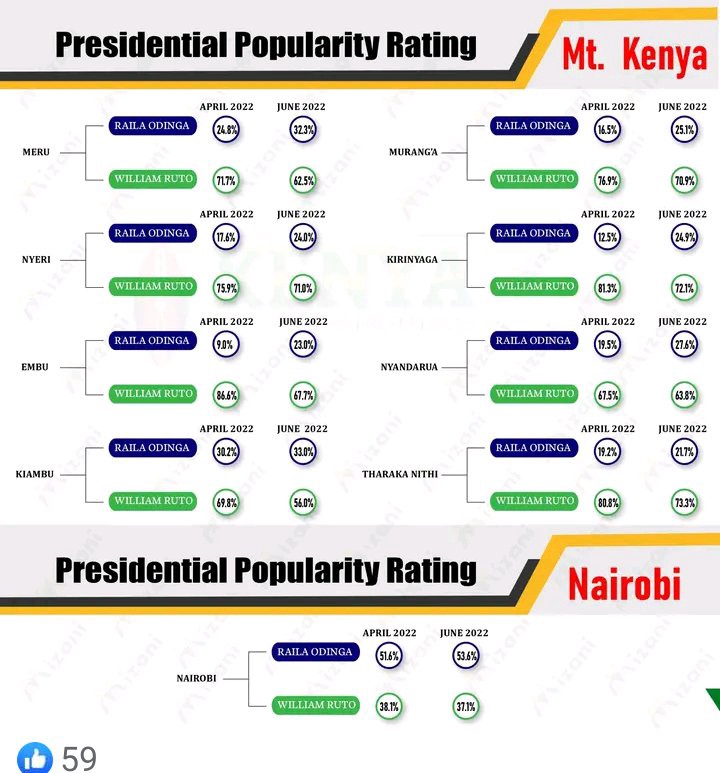