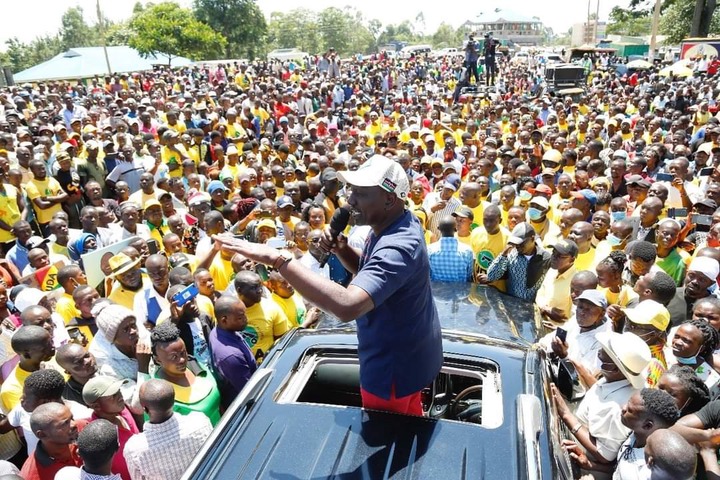 Ruto who was hosted by the former Kakamega Senator Boni Khalwale among other leaders allied to his hustler nation took the opportunity to popularize his presidential bid, the UDA party and the bottom-up economic model.

The Second in command attracted thousands of residents across seven constituencies in the county namely Shinyalu, Ikolomani, Butere, Khwisero, Mumias West, Mumias East and Navakholo during his two day visit that started today.

Through his Twitter page, Kiharu MP Ndindi Nyoro who is a die hard supporter of Ruto thanked the residents for according the DP an heroic welcome.

He went on to drum his support for the Hustler Nation and UDA party quoting its slogan 'Kazi Ni Kazi.'

Ruto's tour comes weeks after Raila led his troops in launching the Azimio La Umoja Initiative during a meeting that was hosted by the governor Wycliffe Oparanya. 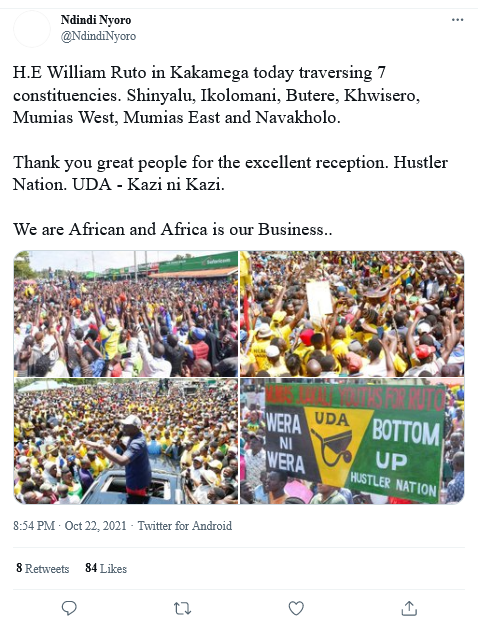 Kenyans I Beseech you to Campaign for me by Word of Mouth, I Lack Billions for the Campaign ~Kibwana