By ronaldcharley (self media writer) | 13 days ago 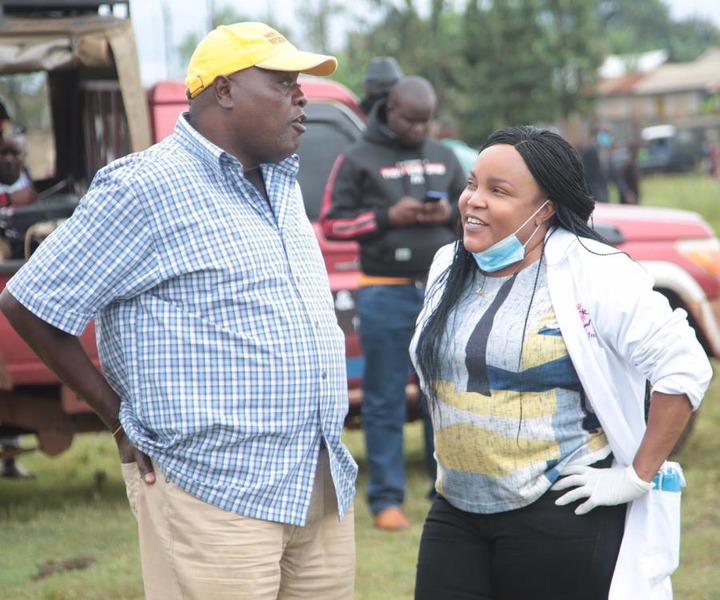 Andrew warned Waiguru against taking over billboards after he allowed the National government to pull down billboards bearing Ngirici’s image.

Andrew said since Kirinyaga will host this year’s Mashujaa Day celebrations, they will allow the National government to put up President Uhuru Kenyatta’s image.

The businessman however said once the event is over, President Uhuru’s billboards should be replaced with those of his wife and the county government should not interfere.

“I have accepted the National Committee to remove the billboard. I have given the go ahead to the DC and the National government but not the County government. Muweke picha ya President Uhuru Kenyatta. But after Mashujaa Day you return Ngirici’s billboards,” said Andrew. 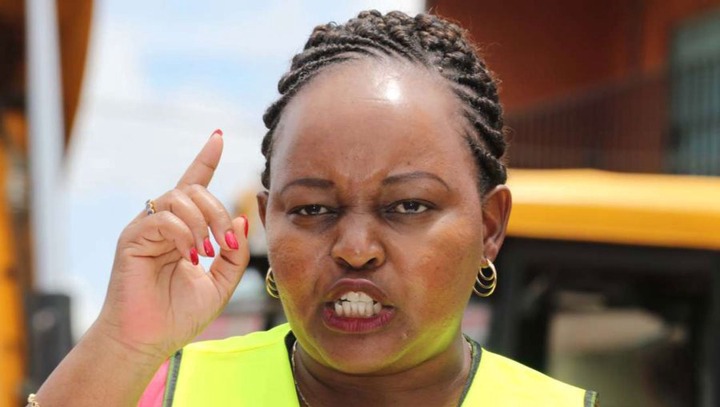 Andrew who has accused the governor of trying to provoke political wars with Purity told Waiguru that they want peace in Kirinyaga.

He however told Waiguru that she should be prepared for a tough battle saying his wife is coming for the governor seat.

“Please, tell the people who are close to Governor Anne Waiguru that we don’t want violence in Kirinyaga. We want peace and our Women Rep doesn’t want any other seat but that of the governor,” said Andrew. 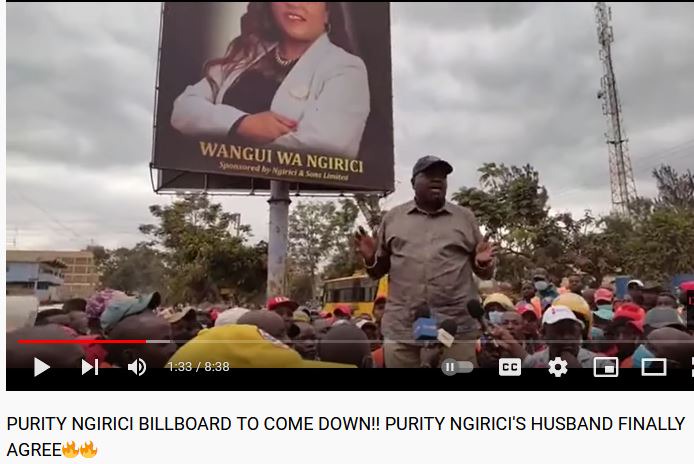