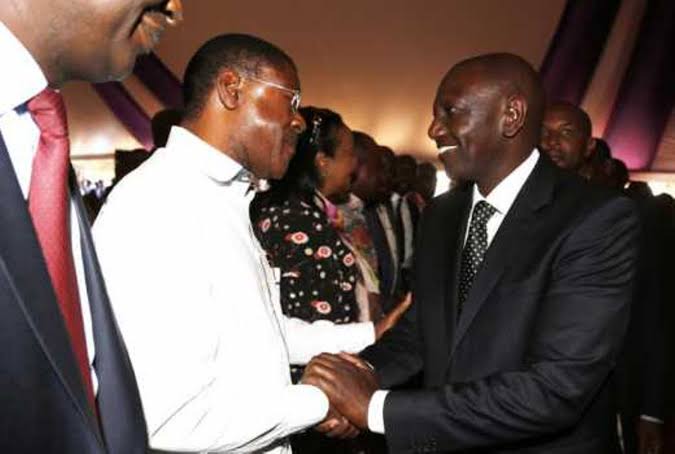 Unlike his brother Musalia Mudavadi whose fortunes in the Kenya Kwanza power sharing deal can only come to happen if DP Ruto wins the Statehouse race, Wetangula has several cards to pull and avoid being left in the Cold even if DP Ruto loses to Raila.

Despite being promised the National Assembly speaker's slot, Wetangula is still running for the Bungoma Senatorial seat and all opinion polls indicate that he is going to win massively. Just as it was in 2017, when Raila and Mudavadi won nothing, he was basking in the Senate as the minority leader.

Additionally, If DP Ruto fails to win the Statehouse race, Wetangula can still become the speaker of the National Assembly if Kenya Kwanza wins a majority of Parliamentary seats. In this case (Ruto loses), Mudavadi will gain nothing but Wetangula may gain. 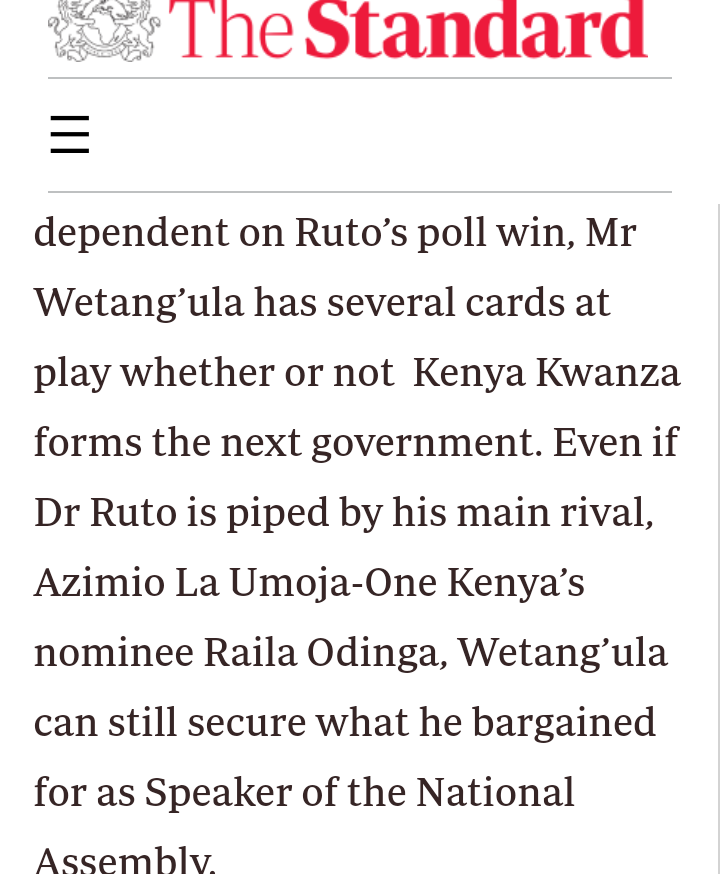 Again in the event that Kenya Kwanza fails to win a majority of Parliamentary seats but wins Statehouse race, Wetangula will lose the Speaker's slot but will stand a chance of being appointed as cabinet secretary.

In the event that Kenya Kwanza loses Statehouse race, fails to win majority of Senate and National Assembly seats, Wetangula sill still be a proud senator with his political star bright shining.

Pundits claim that Wetangula is the most experienced politician in the Kenya Kwanza camp having been born in 1956 and venturing into politics as early as 1992 when he was nominated to Parliament by KANU.