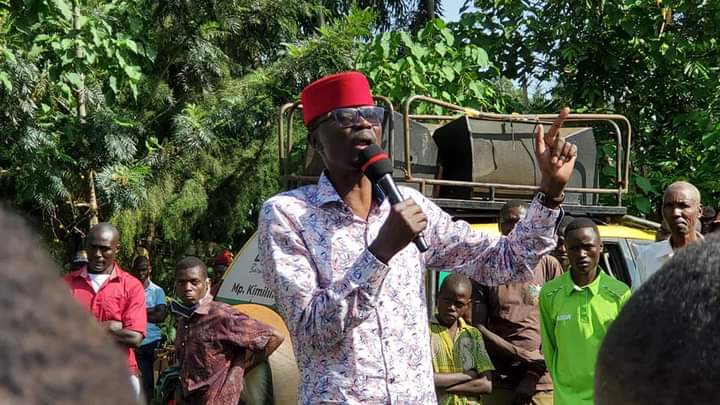 Kimilili member of parliament Didmus Barasa has spoken after president Uhuru Kenyatta said he will not be accompanying the opposition leader Raila Odinga in his campaigns.

Through his official Facebppk page Barasa said “President Uhuru Kenyatta has now started being a keen man. Let him continue quitting the battle he can't win. He has noted that selling Raila Odinga to Kenyans is like selling pork in United Arab States. He's making sure he retires with his 'brother'”

The Standard Newspaper wrote a headline “Why Uhur Wont be on Raila’s campaign,”

The Kimilili legislator is a big supporter of the deputy president William Rutos presidential bid in the forthcoming general elections. 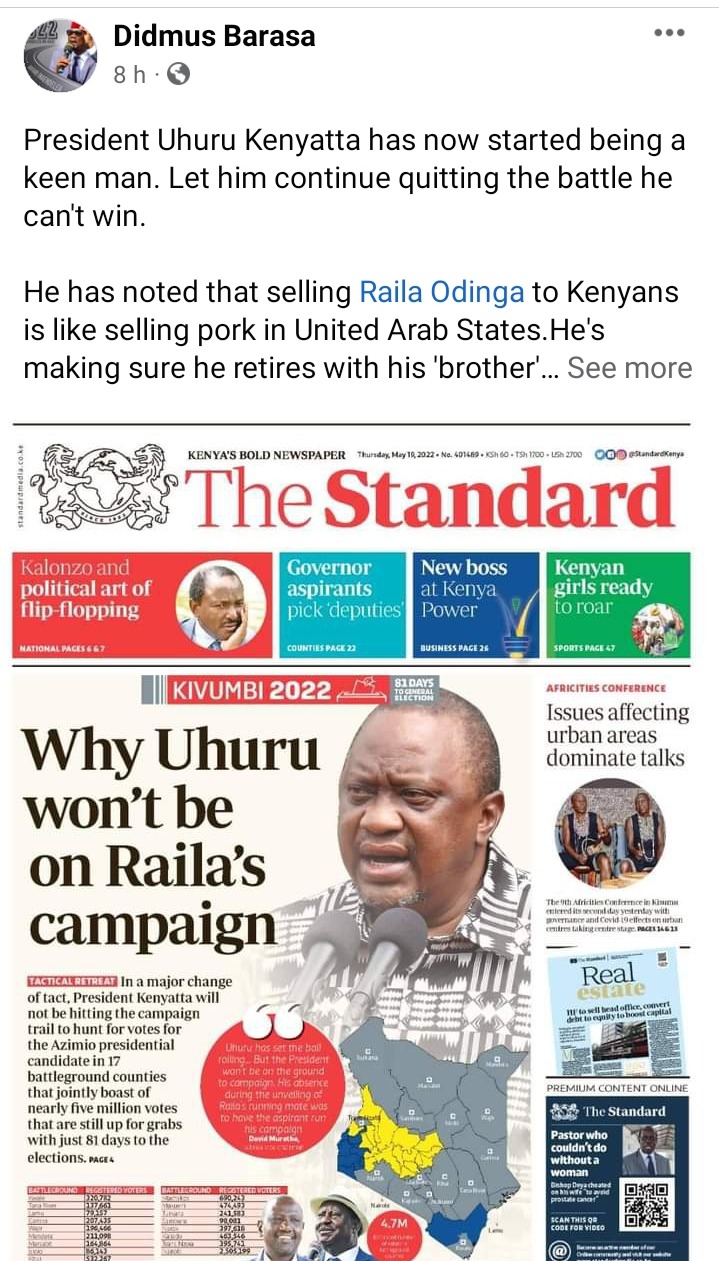 Barasa is a big critique of president Uhuru Kenyatta’s administration and the opposition leader Raila Odinga’s presidential bid in the August polls.

He has termed Odinga as not fit to be the Country’s next president and that William Ruto is bets suited to replace the incumbent who is serving his second and last term in office.

JR wrote "Raila Odinga will Bulldoze through the mountain alone. Meanwhile, Uhuru will be busy preparing the system to usher in Raila as the country's 5th,"

Abass Njuguna says "Intelligence has briefed him that things are tough for his 'bro' and he is definitely going to be floored by dp and to avoid suffering collective humiliation, he has decided to distance himself from the game....,"

Pamba B Chris wrote "We don't need any excuse for Ruto to reject the results, let baba do his job with deputy ,, we shall win very early in the morning,"