6 Names Kenyans Call Raila Ondiga and how he Acquired them

By musilavictoria (self media writer) | 2 years ago 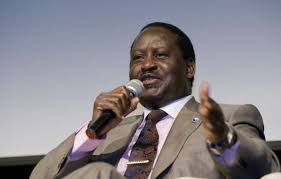 Tinga means tractor, this name Raila acquired it when he was the leader of NDP party and he used Tinga, as the party slogan and his supporters started to call him Tinga, during the 1900's.

In 2003 Raila bought a Hummer model vehicle and after the 2002 general elections and Kenyans branded him Hummer, they started calling him Hummer during those time.

Kitendawilli is a Swahili word for meaning proverbs, during 2017 general elections Raila used a lot if proverbs and that when his running mate now the deputy President William Ruto called him yule mtu wa vitendawili. The name emerged from there and Kenyans started to call him Kitendawilli.

Baba means father, people have always branded Raila father because he promised to take care of them just like a father does to his kids, and that's how Kenyans started to call him Baba.

Content created and supplied by: musilavictoria (via Opera News )