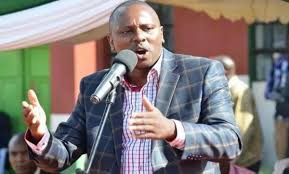 Recently Dennis Itumbi claimed that The Hustler Nation Intelligence Bureau reports that there was a three hours meeting at Lake Naivasha Resort from 2:00 pm to 5:00 pm. In the meeting, those who were in attendance were the Rift Valley police regional director, Natembeya, DCC Naivasha Kamanda, Ogolla who is Regional Police Commander and one unidentified person whom Itumbi suspects to be DCI representative.

He alleged that Natembeya left at around 5:00pm after the meeting was almost over. His advice is that the Hustler Nation is already aware of what the deep state and dynasties are planning and they watching them the same way other intelligence groups are watching.

Itumbi added that they should not misuse the police to facilitate rigging and disenfranchisement of voters. He reminded the police that they will just be held accountable for their actions individuals that may involve commissions or omissions. He ordered that all the actions should be put into writing and they should ask this General Ali. He claimed that their response is to the people and they have trust in God that they will deliver tomorrow ahead of the London ward by-elections.

Kimani Ichung'wah reacted bitterly after these claims and he said that Natembeya had even attempted to intimidate the returning officer for Hell's Gate ward in Naivasha by summoning him to the meeting at the hotel chest thumping claiming that they are the deep state and can make whatever decision they wish. He urged that the people should be allowed to vote peacefully and democratically and not being intimidated by the police. 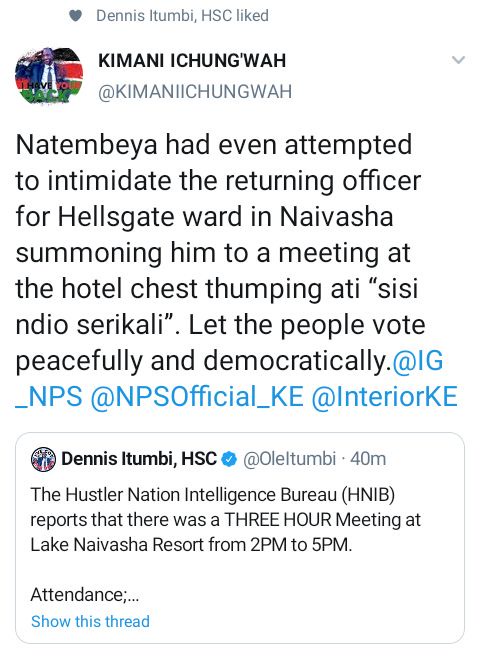 The Evolution of the Motor Vehicle Industry