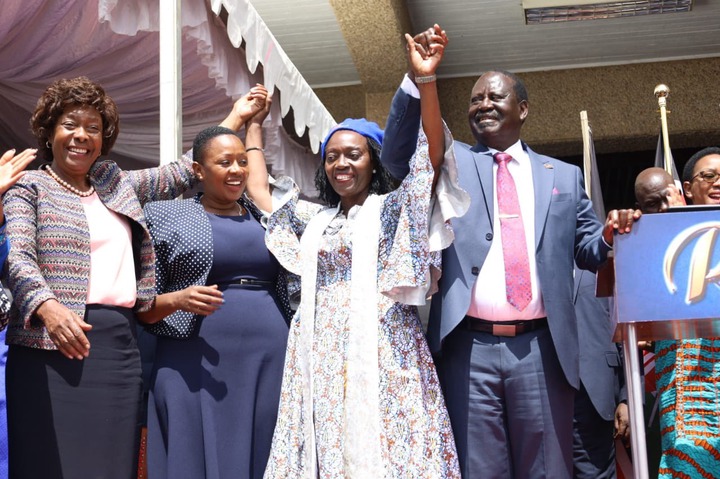 Immediately after Martha Karua was made Raila Odinga's running mate,more Kenyans and leaders continues to give different views.

Martha Karua is known to be a no nonsense lady, who has even taken Presents head on at anytime.

Despite being loyal to Kibaki and the fight to remove Moi from power, Karua rejected her then-party leader for the first time in 2001. Despite a directive from Kibaki to stage a mass walkout, she decided to remain in Parliament.

Kibaki's group stood firm in the opposition to the Constitution Review Bill. Karua stayed mute and indicated that it would have been prudent for the legislators to register their disagreement formally in parliament.

This has made Murang'a County senator Irungu Kang'ata, to claim that if Azimio wins the August presidential election, Raila's running mate and possible Deputy President Martha Karua will resign in first week of swearing in. .He remarked that Karua cannot withstand a Raila Odinga who is fond of being rude.

Karua was a founding member of Narc in 2002 and was appointed Minister of Justice and Constitutional Affairs .However, her relationship with Kibaki worsened after the grand coalition government was formed in 2008.

She resigned from the ministry on April 6, 2009, citing interference from the Presidency's office, notably in judicial reforms, as the primary reason.

Over the course of three decades, the Senior Counsel has established herself as a seasoned politician with pro-democracy credentials and a history of speaking truth to power, even when it meant disagreeing with Presidents.