Did the President Ditch His Legacy to save BBI?

By RetlaWalter (self meida writer) | 28 days 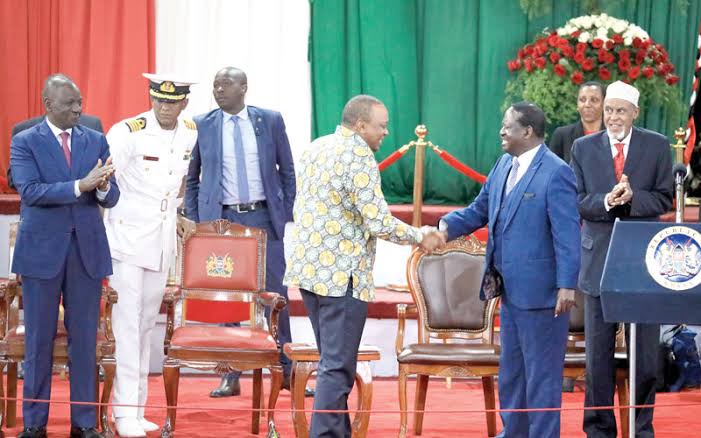 After the handshake witnessed in 2018 between the President and the opposition leader Raila odinga, a constitutional amendment bill was born. The Building Bridges initiative took course since then. Many legislators were against the president involving himself in such a move including the Garissa Township MP Aden Duale who was the then majority leader in the national assembly. As the coalition between Raila and Uhuru nourished the jubilee party and the ruling party experienced cracks as the second in command faced major blow and cut of from the government.

According to the steering committee, the bill would see to an end of political chaos after elections, free and fair elections among others. The amendments would make the parliament to have over 600 legislators in a bid to solve the economical problems in the country which many citizens are against.

Recently, the BBI has faced an engine knock as the high court termed the amendment bill unconstitutional. The BBI has recently divided the country with recent loses in by elections by the ruling party with wins to the UDA a party affiliated to the deputy president.

Most Wanted Criminals Gunned Down In Nairobi.

Win Big With This Expertly Analysed 44 Odd Betslip. Spain Win and Over 2.5

"God Is Faithful," Regina Namutebi Arrives Safely In Uganda After She Is Rescued From Saudi Arabia