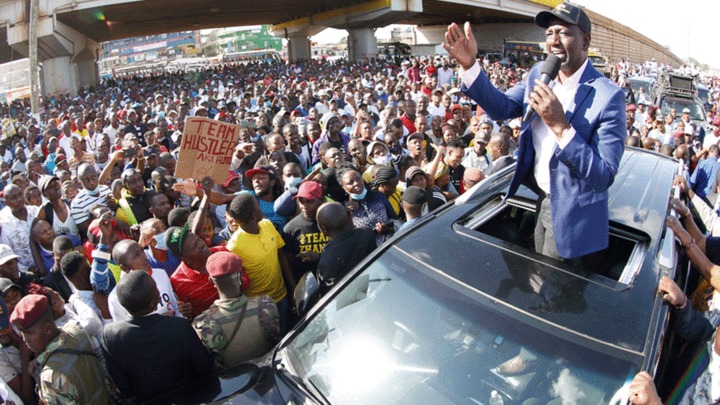 The 2022 presidential race is less than ten months away and political leaders are aligning their troops with Deputy President William Ruto and ODM leader Raila Odinga hitting the ground running for their campaigns.

The duo have been considered as the front runners in the race to become the fifth president of this country.

The former Deputy President in the National Assembly Farah Maalim who is Ruto's critic argues that he (Ruto) is best placed to be the next president in 2022.

In his interview with TV 47 on Monday, Maalim says that Ruto was the 'driver' of Jubilee government from 2013-2017, and most of the projects that were started that time were completed, and those started after that have been stalled.

The Wiper member alleged that the DP was waiting for the right time to take off the gloves in 'defending' Jubilee's second term failure, adding that the move will give him a leeway to the poll as the second term is when he was sidelined by his boss and the former Prime Minister joined in.

"The projects that were implemented by the Jubilee was during the first five years and Ruto was a hands-on guy that time. He will be coming out to defend himself. For now, Ruto is a serious contender and is better placed than anybody else to become the next president," said Maalim. 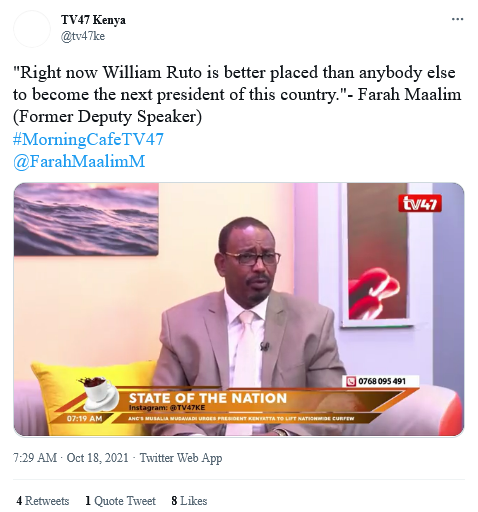