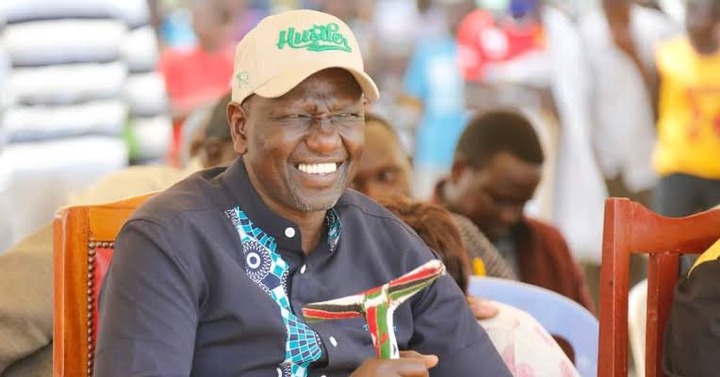 It is a new season in Kenya's politics and politicians are making alignments and realignments in order to survive the upcoming "tsunami" in 2022. Among the leaders eyeing the top coveted seat is the deputy president William Ruto who, according to his boss, started campaigning as soon as they were re-elected in 2017.

Mr. Ruto has seemingly posed as a friendly politician with a smile on his face for everyone and a soft spot for the "hustlers" in the society. Up to now, he is the strongest, most supported and stable 2022 presidential candidate who has publicly declared his bid. However, as the saying goes that history repeats itself and taking into perspective the current political temperatures in the country and a flash of mere reasoning, Ruto might have to wait longer than 2022 to become president.

The hypothesis can be proven with the following reasons:

No deputy has ever taken over from the president. In Kenya's history, there has been no time where the vice president has taken over after the president finishes his term. On the case of Moi and Jomo Kenyatta, his was a transitional presidency after the president had died. In a real case scenario, the case of Moi's immediate Vice President Musalia Mudavadi, he did not inherit after his boss. Moi even endorsed Uhuru Kenyatta instead of him. The same case applied to Kibaki and Raila who were counterparts in 2002 but Kibaki never endorsed him in 2013 after a fallout.

Secondly, most winning presidential candidates are always unpredictable and are the silent, spotless persons with little to no ridicule. From Moi to Kibaki and Uhuru, they have one thing in common, right before their ascension into power, they had a character of being the silent and good men with a spotless history of controversies and scandals. In addition, they were not rigid and overly critical of their competitors. This made them invoke somewhat of sympathy, empathy and likeness (majorly because there was nothing not to like them about) from many Kenyans. In Ruto's case, his hands are seemingly extremely dirty if the allegations levelled against him by his rivals and the street media are anything to go by. He has been accused of tolerating corruption conducted under his nose and several other scandals. The latest was the gun tender scandal that allegedly happened in his office and led to the murder of one senior police officer.

The fallout between him and the president Uhuru Kenyatta. With Ruto and the seating president now being sworn enemies, the DP would be fighting against his opponent in 2022 and the state machinery offered by the president to go against him. He will therefore have an uphill task to navigate through because it will be a case of him being hit from both sides. In addition, this has always been the case with ODM leader Raila Odinga who has stabbed at the presidency four times unsuccessfully.

Unpredictability of his opponents. The worst thing for any army in war is having an unpredictable enemy. The mere fact of it can make you lose a battle even if you have all the resources and manpower. Since 2007, the winning presidential candidate has always had a known competitor who loses, becomes the opposition leader and then contests again. This predictability was very helpful on their side because they knew who they were dealing with. In the case of Ruto, the opposition (which now strangely includes the president as a sympathiser), has held its cards close to the chest and until now, less than 13 months to the general elections, no presidential candidate has been determined by the team.

The One Kenya Alliance, ODM party and Jubilee have utterly resisted the urge to name a common candidate with allegiances shifting from Gideon Moi to Raila Odinga and Musalia Mudavadi. Although one might argue that the delay is not deliberate and that they are having a hard time picking a common candidate, the effect is the same. More often than not, and with reference to Robert Greene's 48 Laws of Power, unpredictability always wins.