Kenya Kwanza principal Musalia Mudavadi has heaped praises on President Uhuru Kenyatta over the latest developments that he(Uhuru) will not campaign for Raila after Azimio flag bearer Raila Odinga named Martha Karua as his running mate. 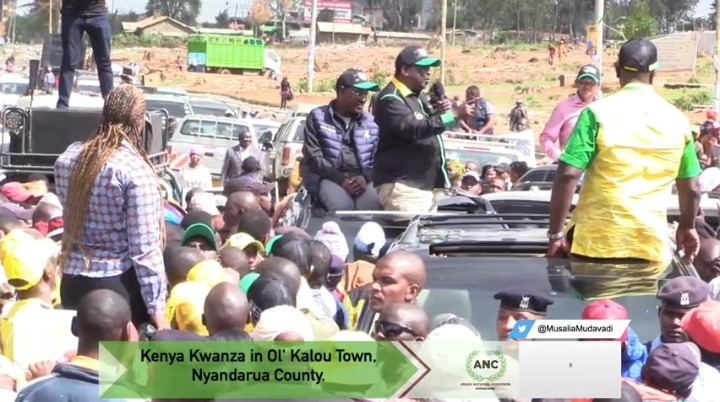 The ANC party leader was speaking today at a Kenya Kwanza rally in Ol' Kalou Town, Nyandarua County, when he said that he has come to realise that President Uhuru Kenyatta is very smart and clever.

Mudavadi said that he has realised that several leaders have been ditching the Azimio outfit ahead of the August polls. He wondered where the remaining leaders in Azimio will get votes to make Raila win the August polls.

Mr. Mudavadi said that all these coupled with the latest developments revealed in today's newspapers that the president will not campaign for Raila, makes him believe that Uhuru has played smart to retire at the same time with Raila as he had allegedly promised.

"And even now you have seen the signs that the chairman of Azimio (Uhuru) also want to quit. He has told that guy(Raila) to fight for himself," Mudavadi said.

"Huyu Uhuru ni mwerevu sana. Vile alisema ataenda nyumbani na 'Kitendawili' kumbe ni ukweli (Uhuru is very smart. He said that he will go home with 'Kitendawili' and it is true," he added. 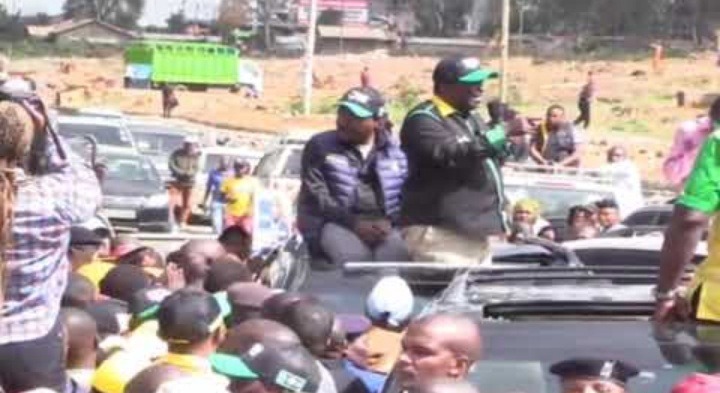 The ANC party leader said that he has seen what happened to Martha Karua (who Raila Odinga recently appointed as his running mate) as she toured Mt Kenya region and learnt that the ground has decided that it is Kenya Kwanza. Mudavadi's remarks comes after videos circulated online showing the Azimio team being heckled at some areas during their campaigns in Mt Kenya region. 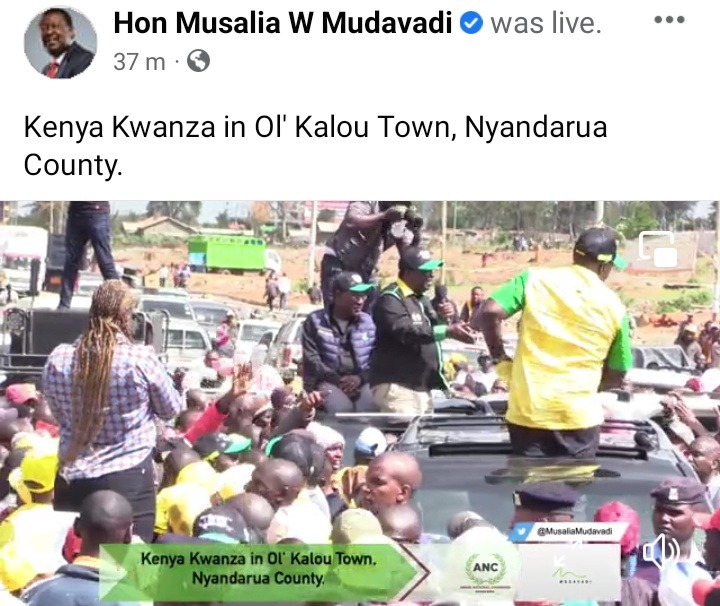 'I Truly Hate The Way My Make Up Was Done.' Betty Kyalo's Sister Opens Up On Latest Episode.

"2022 Tutakuwa na Ruto, "Karua Forced To Come Clean On 'This' Statement Ahead Of The Coming Polls

Investors are crying due to loss in Naivasha, see the reason why.