By ColiBlogs (self media writer) | 3 months ago

Tge outgoing head of civil service who has been working under the former president Uhuru kenyatta Joseph Kinyua has elicited reactions after his signature was spotted on old ksh 1000 notes. Kinyua's signature was spotted just on the back of the old ksh 1000 notes which has raised questions among Kenyans. Despite him being the head of civil service, Kinyua was allowed to sign the old notes under the previous president Uhuru's regime. He will be retiring from his office to hand over powers and his current signature correctly resembles that on the old notes wjich has raised multiple questions. 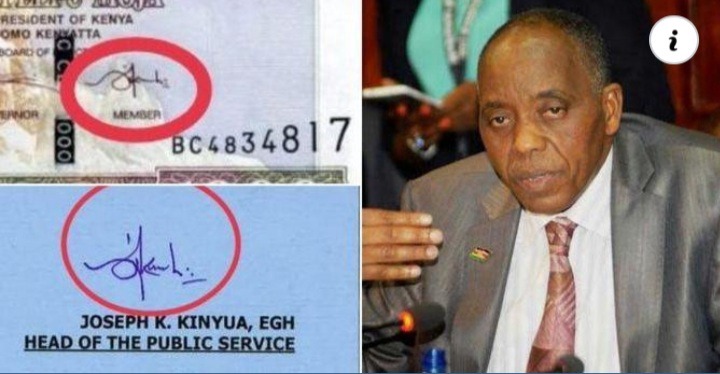 Joseph Kinyua was a close associate and ally the former president Uhuru kenyatta which might have given him the mandate to sign the old notes. However, Kenyans do not think he was supposed to sign the notes despite leading the civil service under the former jubilee administration led by President Uhuru Kenyatta. 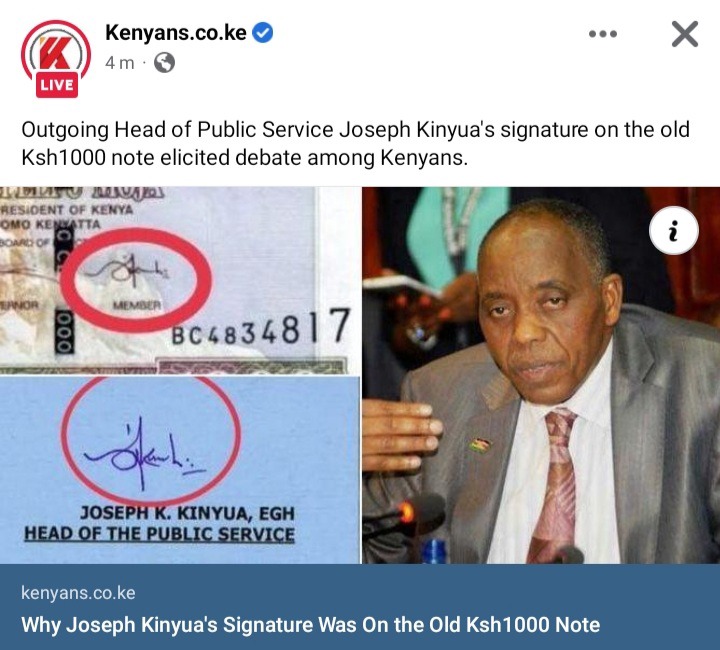 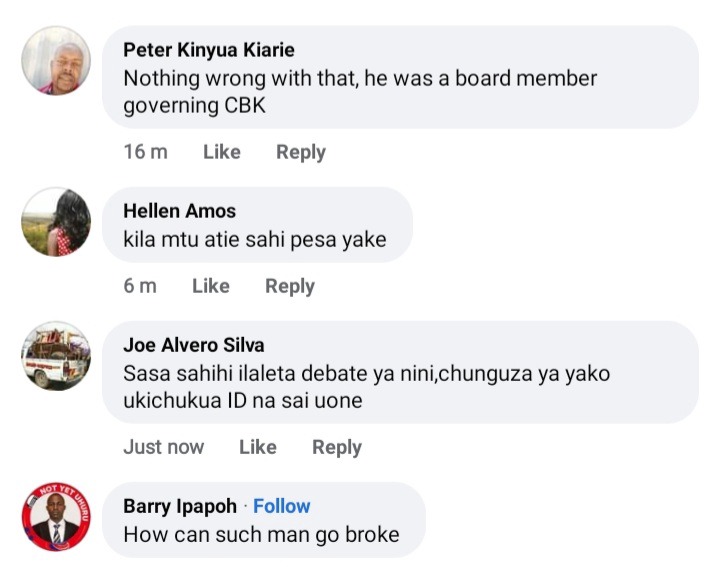