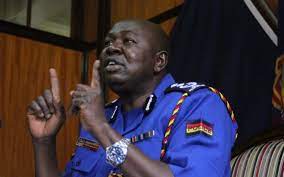 Former police spokesperson Charles Owino has landed another job after withdrawing his candidature in the Siaya governor race.

Owino has called off his candidature as the running mate of Nicholas Gumbo in the Siaya governor’s race.

UDM has confirmed the resignation of Owino from the party and accepted it.

“UDM Party has received and accepted Charles Owino’s withdrawal as the running mate of Nicholas Gumbo in the Siaya gubernatorial contest,” the party's Secretary-General of UDM, David Ohito, told The Standard.

He will serve police service as the Director of the Kenya National Focal Point on Small Arms and Light Weapons.