By mbevimbevi (self media writer) | 2 months ago 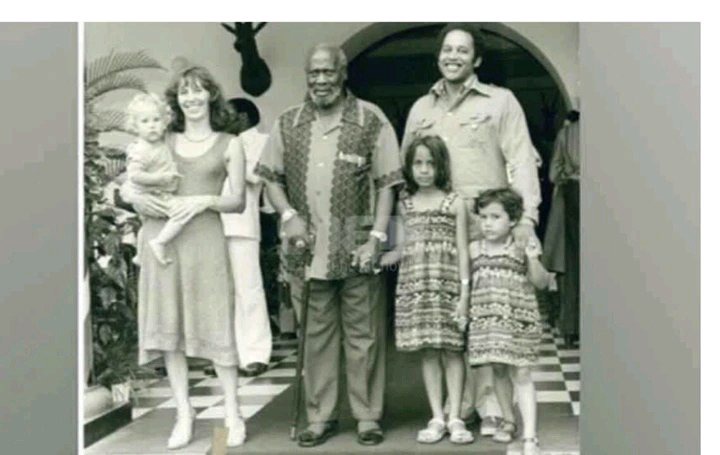 The history of Kenya is incredibly extensive. Jomo Kenyatta, who served as Kenya's first president and is frequently referred to as the country's founding father, is where it all starts. He is the father of Kenya's two-term president, Uhuru Kenyatta, who is currently in office. Kamau wa Ngegi was Jomo Kenyatta's baptismal name at first. In 1963, he oversaw Kenya's independence.

Do you realize that late President Jomo Kenyatta had four wives, though? This includes British national Edna Grace Clarke. The two met in England, which makes their love tale incredibly intriguing. This came about because Kikuyu Central Association members donated and dispatched Kenyatta to England to express their complaints about colonial control.

Mzee Jomo Kenyatta immigrated to Sussex in England in 1939 and worked as a farm laborer there. He cultivated plants and had hens.

While employed at the tomato hothouse division of AG Linfield & Sons, he delivered lectures on colonial subjects at the Workers Education Center. He first met Edna Grace Clarke, a teacher by profession, at this very location.

Mzee Kenyatta and Clarke started dating after the death of Clarke's parents. They exchanged vows on May 11, 1942, at the Chanctonbury Registry Office in Sussex.

In August 1943, Mzee Jomo Kenyatta and Edna had a son, whom they named Peter Magana. They did, however, only share a home for around two years.

What made him send her abroad?

After World War II was over in 1945, Kenyatta finally left Sussex.

Because he had already married Grace Wahu, Kenyatta believed that his wife and their entire family would not be able to withstand the harsh colonial authority in Kenya and the hostile welcome.

Kenyatta, though, continued to correspond with Edna via letters, and in one dated 1957 he said, "The news from you gave me much solace and consolation to my spirit."

Content created and supplied by: mbevimbevi (via Opera News )