The much-anticipated Azimio la umoja convention will take place at Kasarani Stadium tomorrow. The event is likely to attract a large number of ODM delegates.

Former Prime Minister Raila Odinga's supporters included ANC leader Musalia Mudavadi and Kalonzo. The two will not, however, be present for the ceremony tomorrow.

Musalia Mudavadi announced on Twitter that he had gotten the invitation but will be unable to attend due to personal obligations. He further stated that the invitation was sent to him as an ANC party leader rather than an OKA principal. 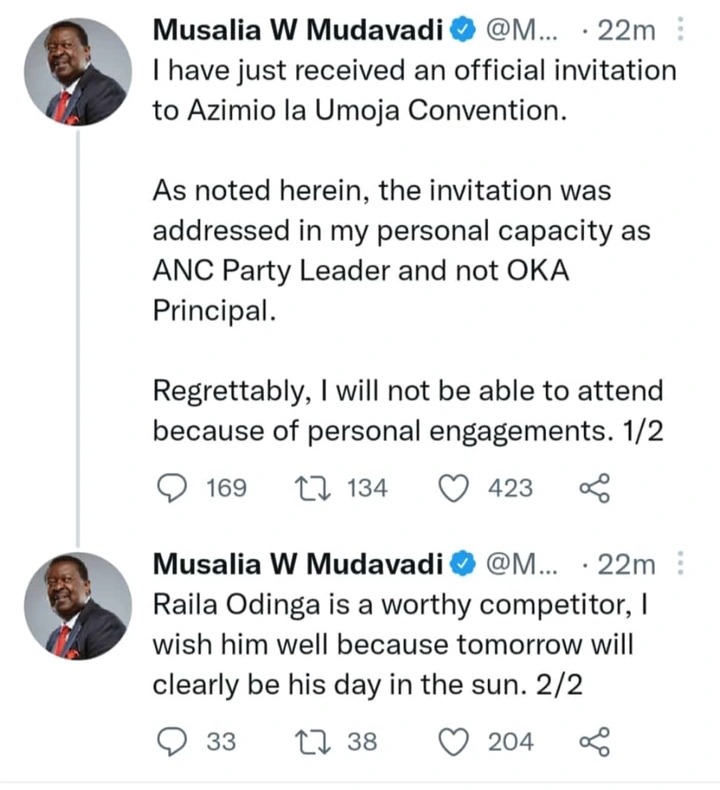 Kalonzo Musyoka, on the other hand, declined baba's invitation to the conference. He announced on Twitter that he has been called to the Statehouse in Juba for peace negotiations by Ambassador Barnaba Marial Benjamin, South Sudan's Minister for Presidential Affairs. It's clear that he won't be there. 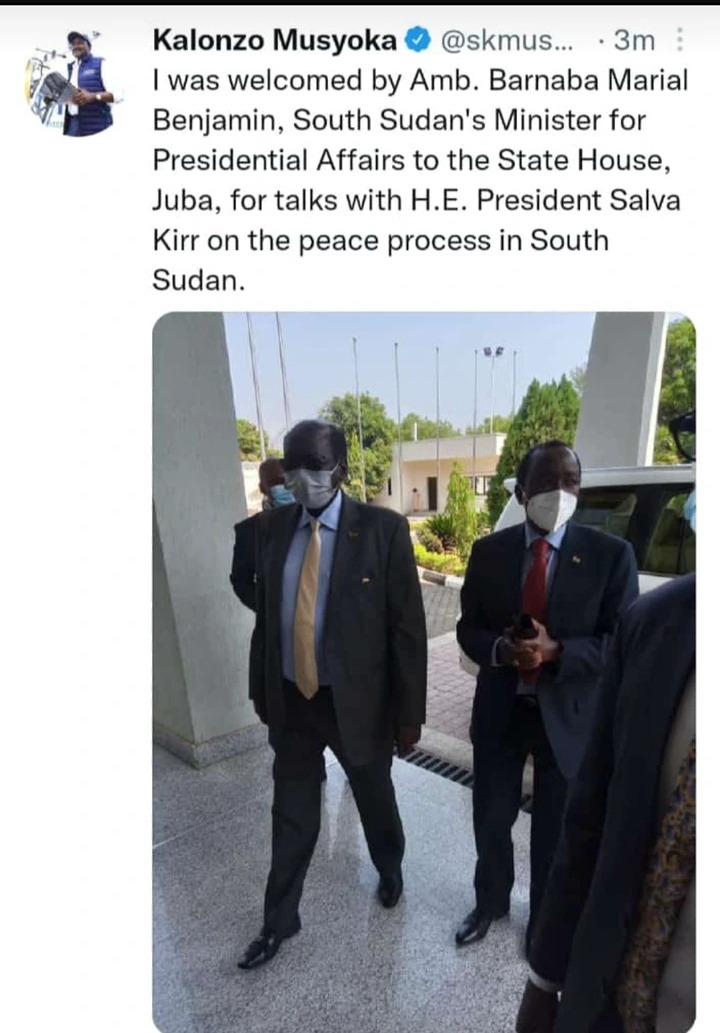 It's unclear whether Wetangula will attend. But why would they be so dismissive of baba's historic event?

Alicia Alyies: The France model and a girlfriend of the PSG forward, Kylian Mbappe

From Embakasi Direct To Kibra, William Ruto's Routes In Nairobi