By TrendingNews (self media writer) | 10 months ago

Junet Mohamed, the Suna East MP, has broken his silence after being asked to appear before the DCI over his remarks on the attacks on Raila Odinga's chopper. 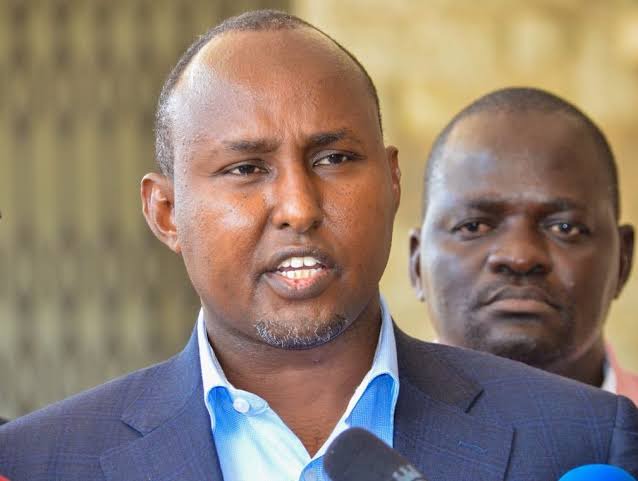 Junet told reporters after providing his statement that he had provided the detectives all of the information they needed about the attacks.

He stated that he expects the case to be resolved quickly and that those responsible would be brought to justice.

Junet was the first to announce that they were attacked in Uasin Gishu during Mzee Kibor's burial. Governor Jackson Mandago and oy MP Caleb Kositany were blamed by Junet.

When they were consoling Kibor's family, the two acted strangely, according to Junet, by moving out and back into the house. 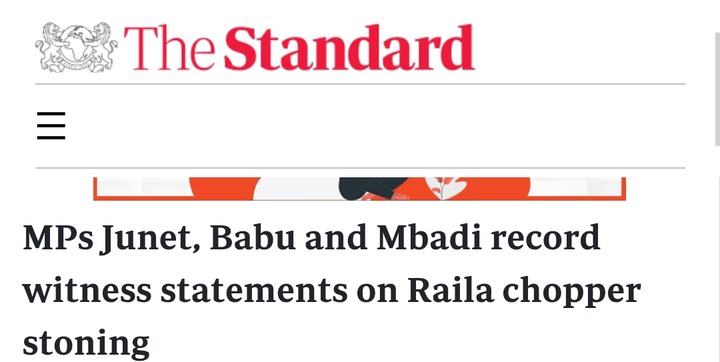 Junet's emotions were dismissed by the two, who said they were on their way to leave flowers on Kibor's grave. Oscar Sudi, a Kapseret MP, and Caleb Kositany, a Kapseret police officer, have already been before the detectives to give their statement. 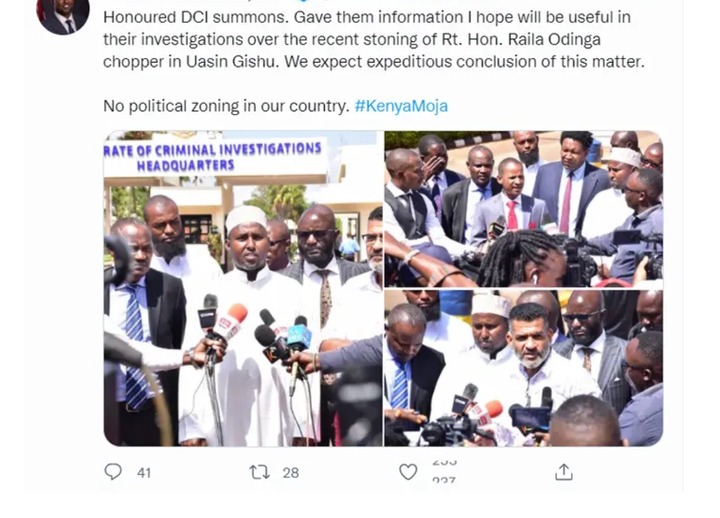 Babu Owino, Ledama Ole Kina, John Mbado, and other leaders were among those accompanying Junet.

In the video, Junet tells DP Ruto to denounce violence.