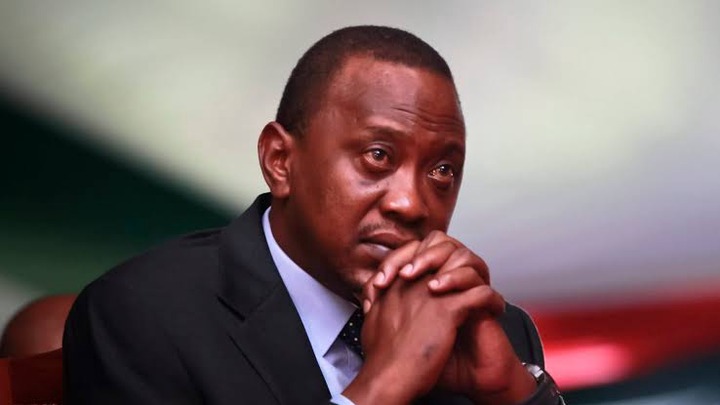 After the 2017 general election, President Uhuru Kenyatta was sworn in as the President of the Republic but some days later, Raila Odinga sworn himself in as the President of the people. Things became completely tense in the country and no one knew what would have happened next with the two presidents in the country. The good thing is that both leaders swallowed their egos and came together through the handshake.

Some few years later and the handshake looks to be shaky. Things are not as good as they used to be although Raila Odinga and President Uhuru Kenyatta have been insisting that their handshake is still as strong as it used to be. Ever since speculations started going round of a possible Raila-Ruto alliance, things have been slightly different on the handshake.

He claimed that the 8pm curfew isn't healthy for those who can't punch their way into the few available transport means back home. The angry Oguda then stated that they know Uhuru has never been rained on waiting for a Matatu but he should just show some concern.

"You need to rethink this 8pm curfew, @StateHouseKenya. The chaos in the CBD isn't healthy for those who can't punch their way into the few available transport means back home. We know you've never been rained on waiting for a matatu, but please for heavens sake show some concern." Tweeted Gabriel Oguda. 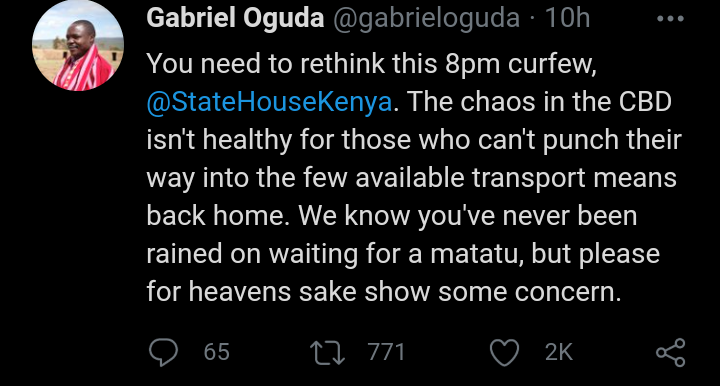