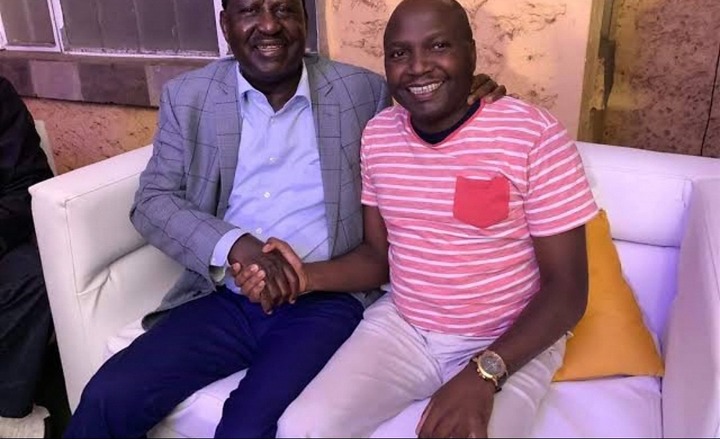 City Lawyer Donald Kipkorir has dared their rivals in the Tangatanga faction to come out an name the several instances to Kenyans where they claim that the ODM chief Raila Odinga betrayed His allies, saying that He is a clean man who anyways delivered His own promises.

Kipkorir says that Raila only had powers in 2007 when He was the Prime Minister in the Grand Coalition government with Kibaki since the constitution allowed Jim to exercise power, drag in His faction members into government slots and even make crucial decisions that would not involve someone who has no such powers.

He further stated that after getting a chance to enter government, He took William Ruto, Musalia Mudavadi, Charity Ngilu, Olentimama, Amasom Kingi, Najib Balala, Mutula Kilonzo Senior among others and made them the Cabinet Secretaries as a show of appreciation for standing with Him during the hard times in politics and bringing their votes to one basket. 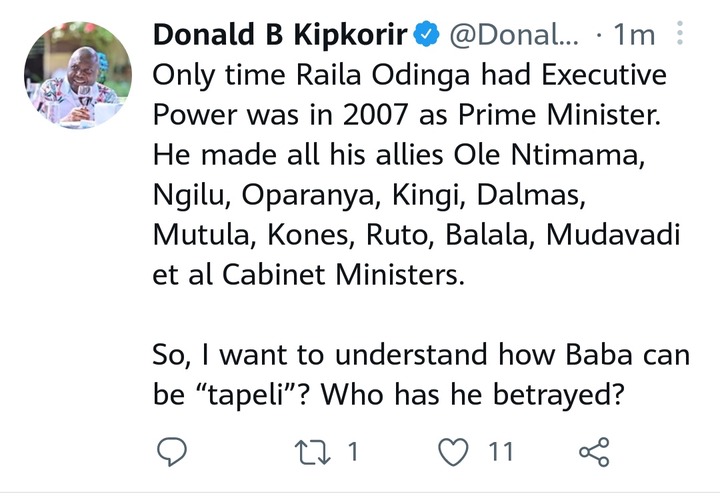 However, The lawyer wondered why some leaders are going around while terming Raila as a conman when it comes to politics, while urging that they should come out clean and inform Kenyans why they keep insaulting Him for no good reasons, even as He did good for them.

In several occasions during Campaigns, Ruto has referred to Raila as a conman who has made Kalonzo Musyoka have sleepless nights and trying to go out of government to be on His own, and also Kilifi Governor Amason Kingi, Machakos Governor Alfred Mutua and others who allegedly ran from Azimio since Raila wanted total support and never considered their own pleas.

Raila however has been constantly urging His allies and followers to stick with Him, saying that He has a solid plan for everyone if He is elected to power in August, now that Uhuru Kenyatta is retiring.