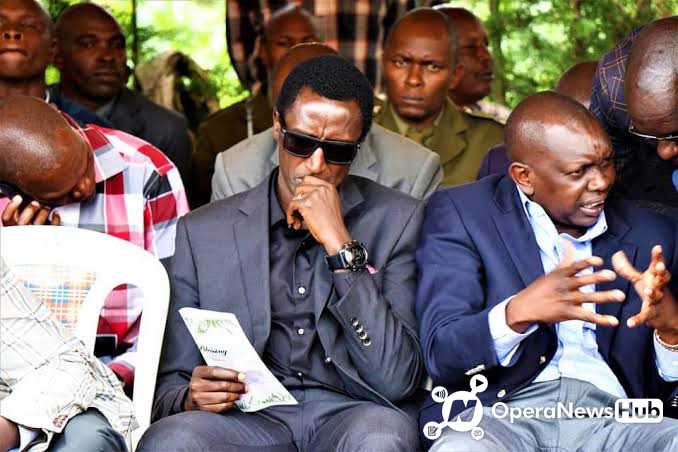 In a long post today directing it to Uhuru,Oscar Sudi has thrown all kind of words to show dissatisfaction on how Uhuru Kenyatta is running Jubilee and how he is keeping away William Ruto who helped him to become the president twice.In his long post,some of the alleged insults in the post by Sudi include; greedy,cheap,shameful,thief,corrupt,selfish among many others.For them,it us business as usual since Uhuru does not do anything to them. 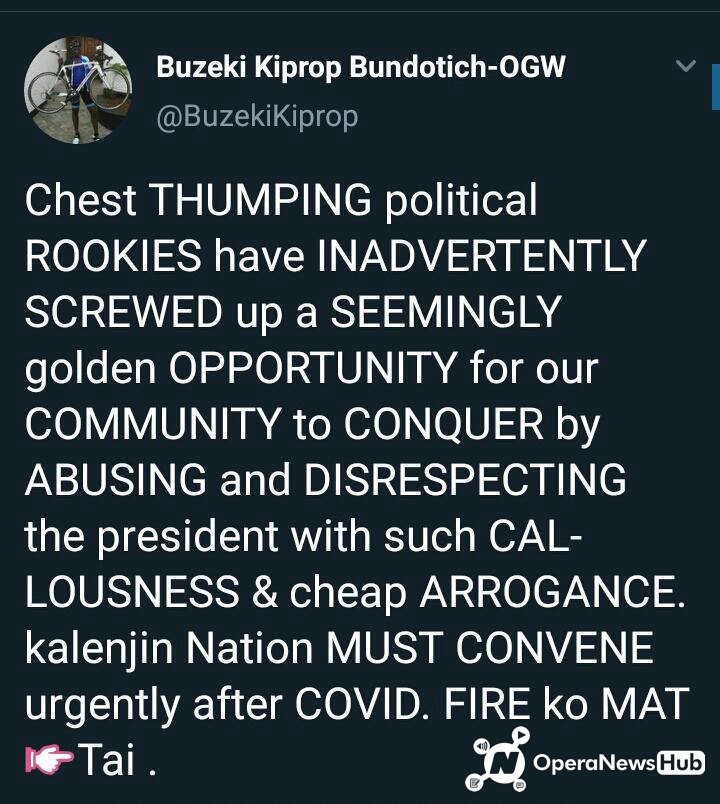 However,this seems to have caught the eyes of a Kalenjin billionaire Buzeki who has come out to defend Uhuru and has gone forward to claim that the kalenjin nation will meet after Coronavirus to discuss punishment for abusing Uhuru.He has tweeted,"Chest THUMPING political ROOKIES have INADVERTENTLY SCREWED up a SEEMINGLY golden OPPORTUNITY for our COMMUNITY to CONQUER by ABUSING and DISRESPECTING the president with such CALLOUSNESS & cheap ARROGANCE. kalenjin Nation MUST CONVENE urgently after COVID."

Will Kikuyus Still Support Their Son?