By Qwetutimes (self media writer) | 16 days ago 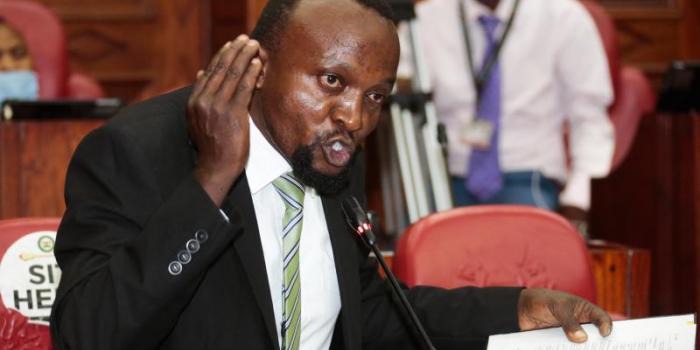 Constitutional and governance Lawyer Ndegwa Njiru, has blasted members of the clergy over their sudden push to reconcile President Uhuru Kenyatta and his Deputy Dr William Ruto ahead of 2022 general elections.

Speaking on an interview with TV47, Njiru said that the clergy members realized that the churches were almost being captured by politics. That's why they banned politics in churches and now they have suddenly realized that there's need for the President and his Deputy, to be reconciled ahead of 2022 general elections when their term is about to end.

He added that after realizing that the churches were almost overtaken by politics and banned politics in churches, they have now again realized that there's need for the President and his deputy to be reconciled at a time when the Uhu-Ruto government is ending.

"When the church realized they have been captured by the political class, they started saying politics is banned in church. Why now when we are almost ending the term that the church has realized there is disunity between Uhuru and Ruto?" He said.

CS Kiraitu: "The People Who Said They Had Climbed The Mountain Are Now Realising They Were Misled."

'Always trust the process' from the jungle to flamboyant lifestyle