How Uhuru/Ruto Exchanged Bitter Texts, Differences Said to be Deep and Personal 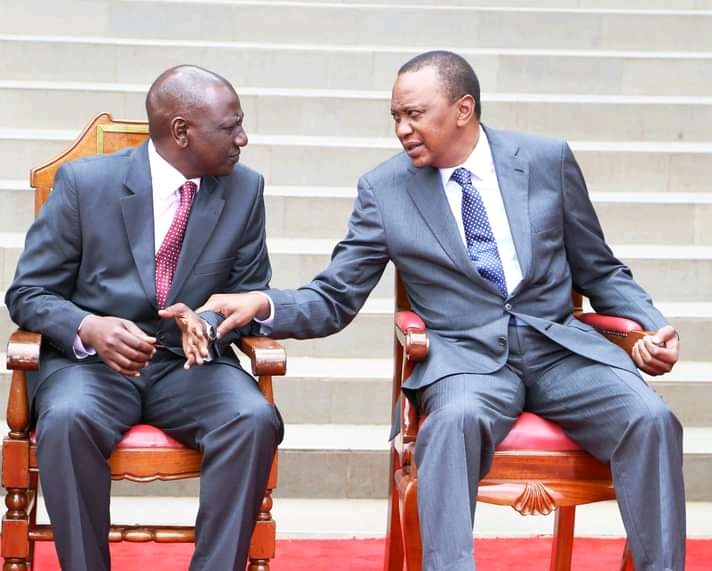 The differences between President Uhuru Kenyatta and his de facto Principal Secretary are as real as the sky.

The erstwhile camaraderie that saw them busk in enviable bromance is as dead as a dodo.

As their chasm widens, with both sides and their allies trading polemics and asperities publicly, allies have revealed that the two took their ‘mano-a-mano’ public after privately engaging in vituperation

“From the messages that I was shown, the differences between the two are personal and very deep. It will take a miracle for them to be ironed out,” one source told the Star.

National Assembly Speaker Justin Muturi initiated the first attempt in January last year after relations between the two deteriorated. He reached out to John Cardinal Njue and other clergymen in an attempt at reconciling the President and his Deputy but failed.

“Muturi met with Cardinal Njue for hours where he briefed him on the widening rift between the two leaders. His request was that since the Cardinal enjoyed a good relationship with the two, only he could help bring the two leaders back together, a source aware of the effort said.”

Njue is reported to have accepted the request and gathered a few other clergymen who met the two leaders separately.

“The meeting did not yield much and in April last year, Cardinal Njue told Muturi that he had failed.

On Thursday, Ruto said he is ready to bury the hatchet with President after Catholic Bishops offered to broker a truce.

But Uhuru allies are indifferent to the idea which they call downright ludicrous.

“Where were the bishops when the deputy terrorized the President in 2018-19 when we started the Kieleweke team to ease the onslaught?” asked Deputy Majority Whip Maoka Maore.

He went on, “Now that the mask/deception is so exposed, the clergy shows up! Very strange fellows. Return to sender. There has been insurrection and incitement in Mt Kenya against the President. The clergy were busy creating the forums.”

Ruto on his part played the charm defensive, claiming he is ready for unconditional reconciliation. He blames their fallout on outsiders who fed gossip to his boss.

Ruto said the reconciliation should be fast-tracked to avoid plunging the country into further crisis and deepening hostility.

In an interview with editors from a group of television stations, the President did not hide his displeasure with the criticism of his administration by Ruto and his troops

“The honorable thing is that if you are not happy with it, step aside and allow those who want to move on to do so, and take your agenda to the people,” Uhuru said.

Content created and supplied by: Cyro254news (via Opera News )