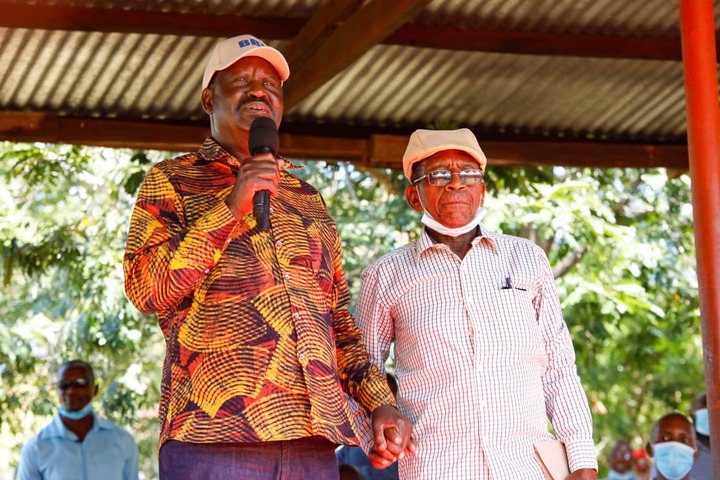 Former Prime Minister Raila Odinga on Tuesday reunited with with an officer who he became friends with while serving as an inmate at the Shimo La Tewa prison in Taita Taveta county.

Mzee John Mwavudo attended one of the rallies convened by Raila Odinga where it has been disclosed that the two have been friends since the time they met and hence the reason for their reunion.

"BUDDIES FOREVER: Mzee John Mwavuda was an AFANDE at Shimo La Tewa prison. @RailaOdinga is was an INMATE at the facility. They became friends and their friendship grew bigger and bigger. Baba made sure he came to his rally which was held in his village of Mbololo."Orange Democratic Movement ODM party https://t.co/nwUMsXiJOS 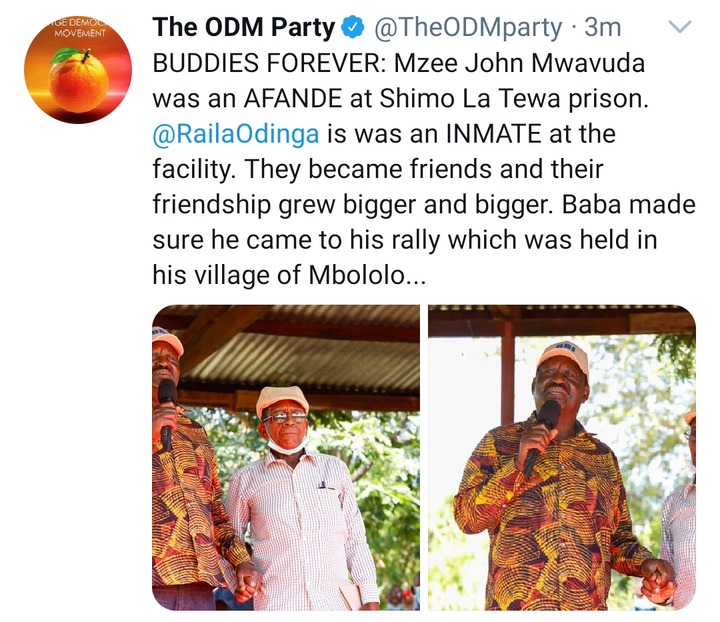 Raila Odinga had been arrested and detained at the Shimo La Tewa prison after he was suspected of having been behind the attempted coup detat that almost made the former president Daniel Toroitich Arap Moi lose power.

"It was through George Anyona, a close confidant confined to a different block at Shimo la Tewa prison that I learned of my mother’s death on November 5th, 1984. I had never believed in a sixth sense, but my time in detention showed me that it does exist and that it is very powerful, particularly when use of other senses is denied,"Raila Odinga disclosed before.

How Opera News Hub Has Changed My Life

Details Over What Governor Anne Waiguru Has Taken To Social Media About Hon. Raila Odinga