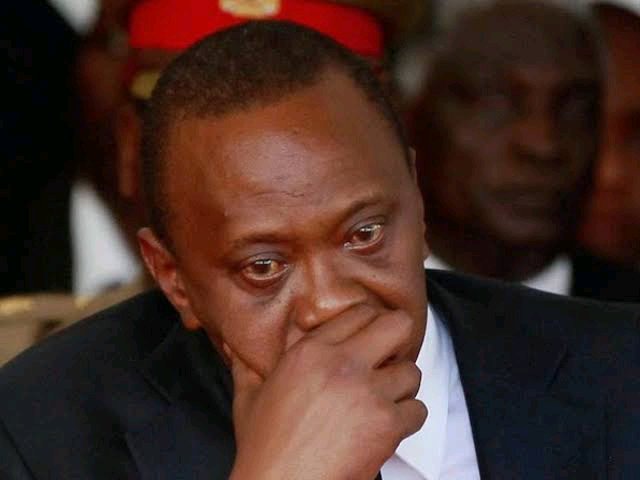 Senior Counsel Ahmednassir has turned to his own Twitter profile in order to voice his unhappiness with what he has deemed the "severe robbery of public money" by former President Uhuru Kenyatta, who has since stepped down from his position.

Uhuru never anticipated President William Ruto's reign, which is why he went on a plundering spree, according to a lawyer who isn't afraid to speak his mind. This comes a few of weeks after it was reported by Kenyan kwanza leaders that President William Ruto discovered only 93 million dollars in the Treasury.

Ahmednassir tweeted "In light of the fact that the Uhuru administration has concluded that Hon. Raila would be elected president, the Treasury and other state coffers have been pillaged and cleared out. Ruto's administration never for one second considered the possibility of brazenly stealing from the public coffers. What I'm hearing and seeing is completely unbelievable, FRAUDS ".

When William Ruto announced that there was a surplus of 93.7 million Kenyan shillings in the national treasury, Kenyans were surprised because Senator Cherargei had claimed that the country was bankrupt.

The assertion made by Cherergei that former President Uhuru Kenyatta took everything with him when he left office caused widespread incredulity among Kenyans. 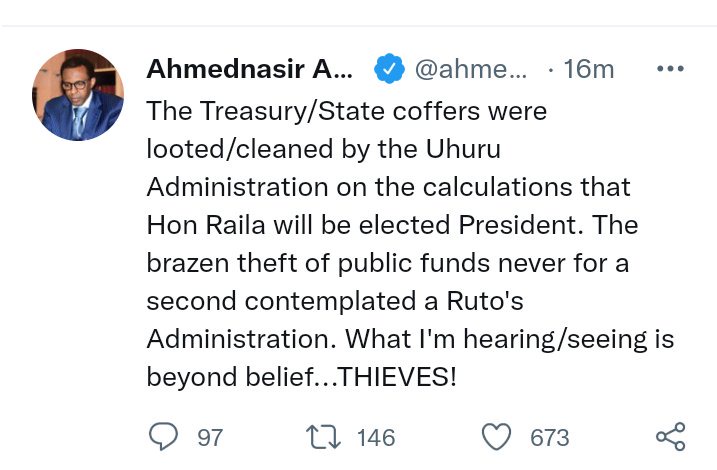 His comment provoked a conversation on social media, where many people questioned why, given the state of the nation's finances, an extravagant swearing-in ceremony that cost KSh 200 million could be held.

"Kenyans Are Not Stupid" Ledama Alleges What Ruto Is Illegally Doing With Hustler Funds.

Why Ledama Has Asked Kenyans To Reject Hustler Fund