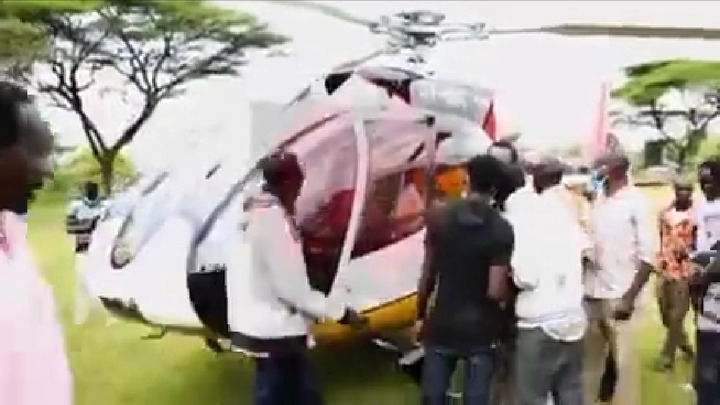 Elgeiyo Marakwet Senator Kipchumba Murkomen together with the County Women Representative Hon Jane Chebaibai had a very rough time in Marakwet after a group of youths followed them while demanding for handouts leaving the Pilot with a very hard time of removing then from the scene for easy departure.

In a Video that was shared through the North Rift News, the two lawmakers alighted from a Vehicle which was speeding from an event whisk taking them to the Helicopter which was waiting for them, because they had ran out of time, and other meetings including one in Baringo was awaiting them.

The hundreds of youths who were eagerly waiting for them then assembled in between the two Machines while blocking the Mps from reaching the Helicopter. One of them was then seen instructing Murkomen to give them money, and others joined with the same plea. The tone at which they used indicated that they may have agreed with Him earlier.

Seeing the difficulty, Hon. Murkomen forced Himself in between them and managed to reach out to the Chopper which had it's doors open ready for them. He entered and told off the young people saying that He had not come to give money but He will think about it the next time He visits the region maybe during Campaigns time.

"We are already very late as we speak and we have another meeting that we have to attend in Baringo. I will create time so that I come and give you some money." He said.

The Men who lost Hope on the Senator proceed to their Women Representative who looked inside Her bag and came out with a bunch of notes, and issued it to them. One man grabbed it with alot of greed and even tearing some notes to pieces.

The White Pilot was all this While standing on the sides of the Chopper while watching them closely and having nothing to tell them. However after the whole procedure, some people who had still remained near the Helicopter were forced to move away as the Pilot entered and closed the last door. 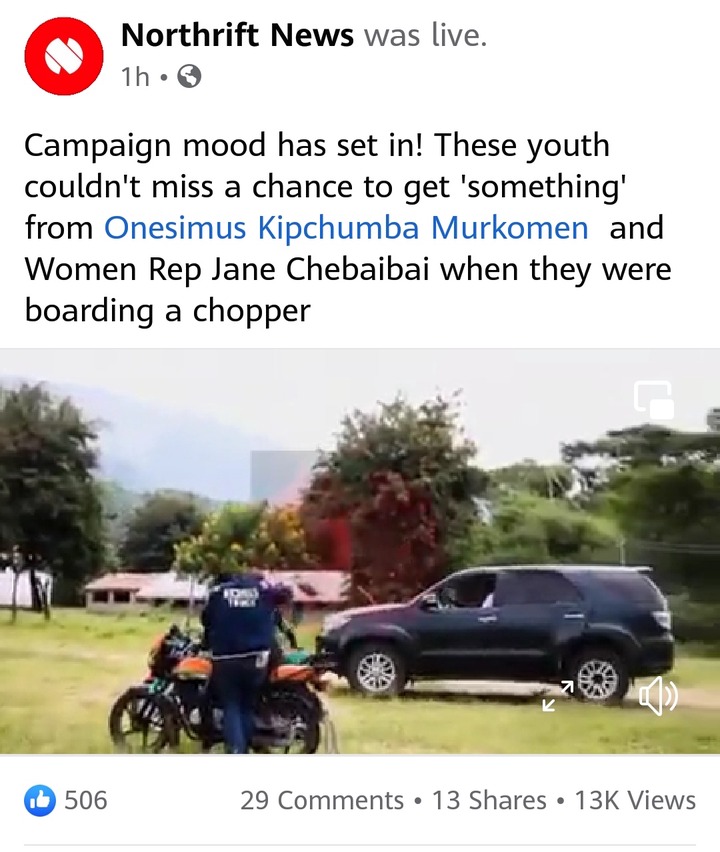 Part of the group was very exited while others Lamented that they had not been given any money as they expected.

This fully demonstrated that the culture of handouts and the behavior of Politicians to use such opportunities to seek attention and lure their voters into recycling them back to power is still in the Country even at this time when more changes is expected on the way the Kenyan Politics is handled.

You can watch the video through the link provided below.