"Baba Has Been Duped," Nelson Havi Leaves This Worrying Message after This Fresh Details Emerged 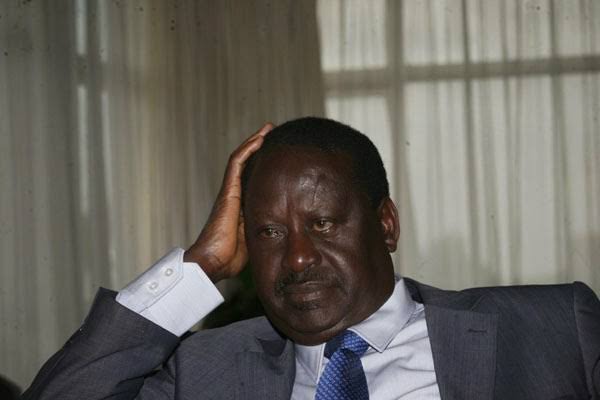 The political future of former prime minister is on total quagmire after his trick on BBI backfired as he risks loosing it all ahead of 2022 presidential race. Raila Odinga is among the most genius political leader this country has but as it stands currently Raila Odinga was played in the BBI report. According to the latest developments Raila Odinga could have used the BBI to make the handshake strong.

Raila Odinga could have used his machineries to slow down the BBI process in order to buy time for Mt Kenya to support his 2022 presidential bid. But according to suspended LSK president Nelson Havi alleged that Raila Odinga is in Danger of loosing it all after being mislead. He said,

"Raila Odinga’s genuine legal advisers: James Orengo; Okong’o Mogeni; and Otiende Amollo are half right on BBI Bill but their advice comes too late in the day. The Bill cannot be amended by Parliament nor can it sail through with the 70 constituencies. Baba has been duped." Havi warned.

Kabando and other Kenyans reacted to this and this what they had to say,

"Wacha Baba Aone Moto. He thought he will play Mt Kenya now he has completely been played and it is over for him."

"Baba has not been duped per se. It should excite yu as TangaTanga that BBI has fallen, but Baba being duped? Were the 70 Constituencies going to his zones? Was the 1-man-1-shilling going to benefit his zones? Is he seeking to be PM (in BBI) or he is after the Presidency?"

Content created and supplied by: praxi (via Opera News )

Cheruiyot Speaks As UDA Impresses In Rurii And Juja By-Elections

Kipchumba Murkomen Alleges What Will Happen to Jubilee Party by 2022

"By August 2022, We Shall Return Jubilee To Its Rightful Owners," Murkomen Sounds A Tough Warning