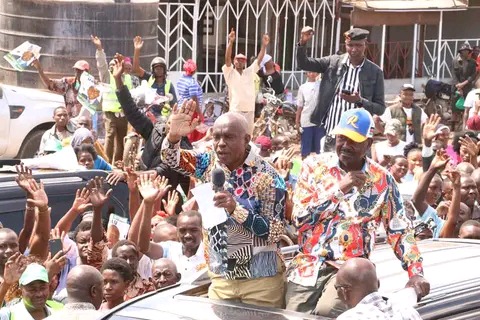 The former prime minister was accompanied by a number of leaders from the region including the former vice president Kalonzo Musyoka, Kitui governor Charity Ngilu and her Makueni counterpart professor Kivutha Kibwana.

In his speech, the host governor professor Kivutha Kibwana promised the Orange Democratic Movement party boss that they are going to do everything possible to ensure he gets the majority of votes from the region to clinch the country's top seat in August. 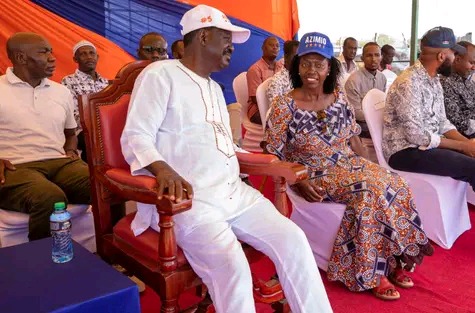 Kibwana said that they rallied their people behind the presidential bid of the former prime minister in both 2013 and 2017 general elections hence nothing will prevent them from doing the same in this year's general elections slated for August 9th.

Kibwana noted they are confident that the presidency of Raila Odinga will transform the lives of the people from the region adding that his agenda is the best.