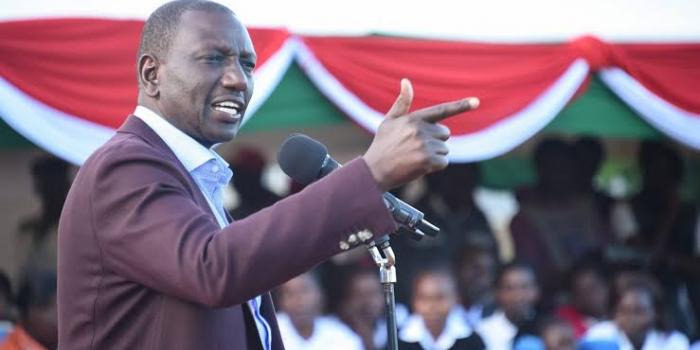 Communication Strategist and blogger Dikembe Dekembe who is a staunch ally to the Orange Democratic Movement (ODM) party leader Raila Odinga, has reacted to Mathira Member of Parliament Hon Rigathi Gachagua who is a confidante to the Deputy President Dr William Ruto's recent statement that he is not willing to deputize the second in command for the top seat in next year's general elections.

In his latest message on Twitter, Dikembe claimed that the allies of the second in command are not willing to be his running mate for the top seat, because they are fearing the risk of losing the bid for the top seat. Therefore they have decided to better go and defend their seats like Gachagua has said. Since the Deputy President's voyage is already to doomed and may not be able to clinch the seat.

"Rigathi Gachagua opts out of DP Ruto running mate list, says he will defend his Mathira seat. Clearest sign that most Ruto Mt Kenya politicians do not want to risk their current seats. No one wants to deputize Ruto in a doomed voyage." He said. This statement comes after Mathira Lawmaker Hon Rigathi Gachagua, who has been among the leaders from Mt Kenya region that were being linked with Deputy President Dr William Ruto's running mate position, disowned the links saying that he is going to defend his seat as Member of Parliament and not deputising DP Ruto.