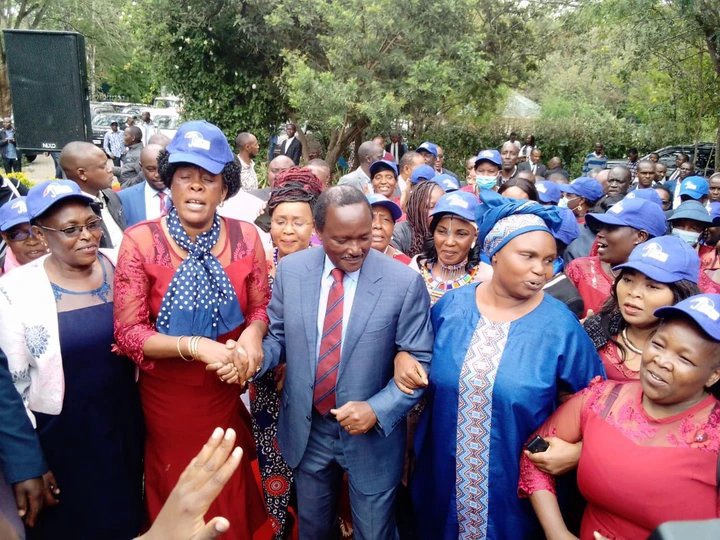 Wiper leader Kalonzo Musyoka is rumored to have rejoined the Azimio La Umoja One Kenya Coalition after a week of leaving Kenyans even more perplexed as they attempted to predict his next potential move.

As stated by Makueni County Governor Kivutha Kibwana via his official internet handle, the Wiper party has opted to join forces with ODM, Jubilee, and other political parties in Azimio to back Raila's presidential bid.

This statement comes just one week after the leader of the Wiper party left the Azimio coalition, citing charges of being shortchanged in key previously agreed-upon accords that were not there during the unveiling of Martha Karua as Raila's running partner.

In addition to announcing his candidacy for president on the same day, he also introduced his running mate to Kenyans before the deadline expired.

However, what appears to be upsetting the Makueni County Governor, who has proven for a long time that he is not on good terms with the Wiper leader, is the lost time and delays in providing the Kamba people with instructions from their political spokesperson. 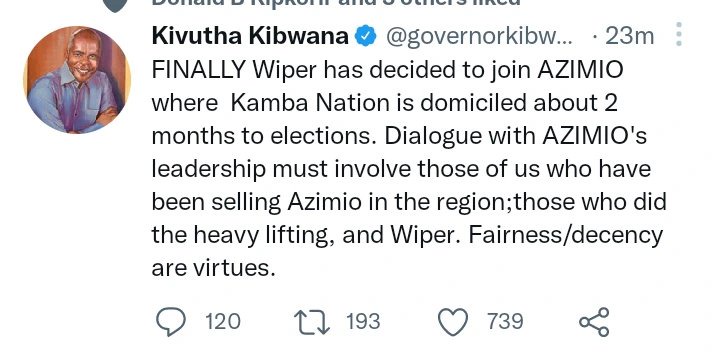 Only two months remain before the elections, but he believes that the Kamba country is still firmly rooted.

In addition, he has urged that the talks with the Azimio leadership include those leaders who have been distributing the drug in the region.

And he meant those who did the heavy lifting while Kalonzo was still taking a long time to get to the last stand, but the Wiper party should also be included in the debate.