Hillarious Cartoon Of CS Matiang'i, Mucheru & Their Relationship With Raila & Ruto in 2017 And 2022 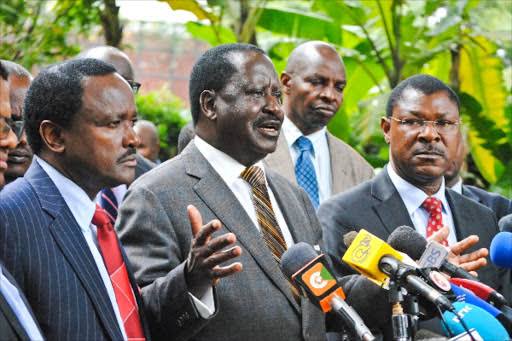 Presidential elections results of the year 2017 will forever be memorable to Kenyans who witnessed the unfolding of events then.

As pronounced by the supreme court, the polls were marred with illegalities and irregularities which led to a repeat of the exercise.

Access to the IEBC servers still remains to be a puzzle as that has never happened till date.

IT CS Joe Mucheru and his interior counterpart Fred Matiangi were mentioned again and again by the NASA team as to have Influenced results of the polls. As a result, Raila's relationship with Matiangi and Mucheru then was not good.

ANC leader Musalia Mudavadi has been on record retaliating on the same just after a recent opinion poll placed Raila ahead of DP Ruto.

Amidst all these, a hillarious cartoon has emerged showing how Raila used to relate with Matiangi and Mucheru in 2017.

The cartoon also shows the relationship between the duo with DP Ruto which is depicted to have gone sour because of alleged vote rigging claims in the forthcoming polls. 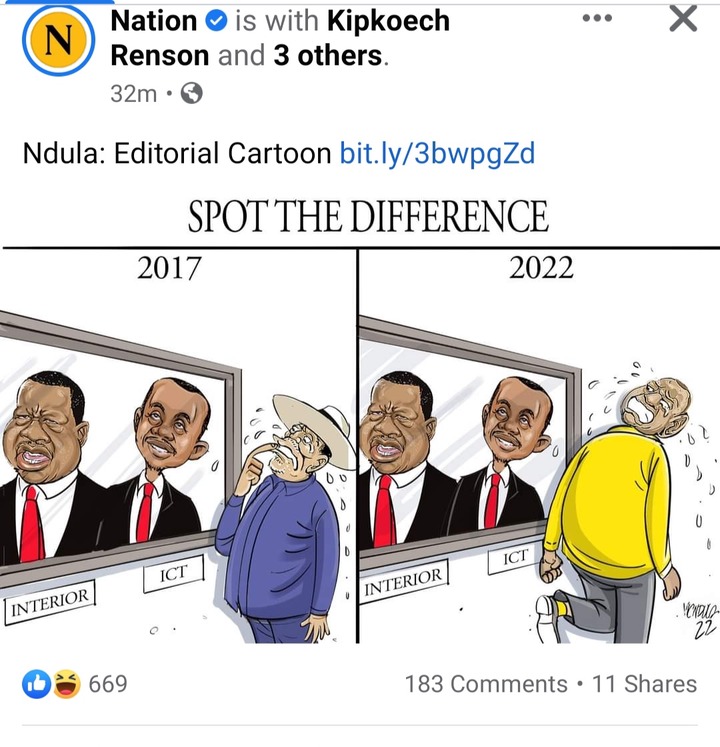 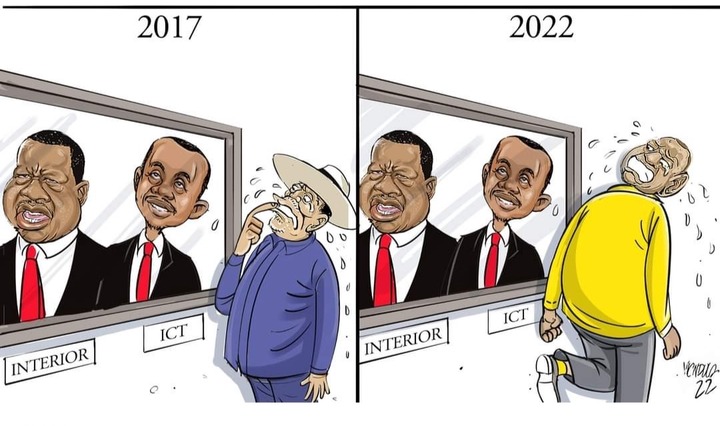