By OumaAllan (self media writer) | 5 months ago

This decision threw various candidates out of political lanes threatening to jeopardize Raila's state house path ahead of August battle.

Nairobi women rep aspirant Wangui B Ng'ang'a, who was a frontrunner to unseat Esther Passaris was edged out after Uhuru and Raila endorsed Passaris to fly the coalition flag on 9th August, 2022.

Wangui had taken a sabbatical break from social media to probably nurse political-heartbreak occasioned by the Azimio - One Kenya thunderous storm that swayed her out of the women rep lane. 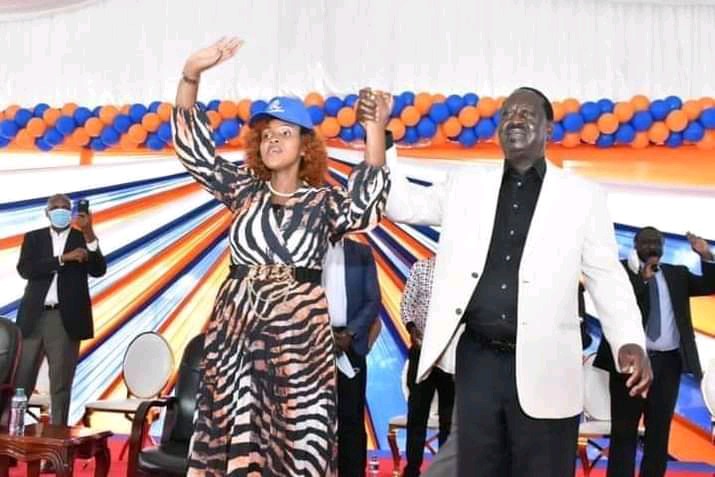 Wangui has hinted to announce her next move before the lapse of this week and vouch directions to her supporters across Nairobi county.

"Happy Eid Mubarak. I had opted to take some time off social media just to think of my next political move we worked hard and we must convey that work/ vote to the ballot come August .Before the end of the week I will announce the decision made by my self, team & family. In God we trust" she said

Wangui's long-awaited announcement might subterfuge and threaten to collapse Azimio - One Kenya if she will sought to jump the ship to other bigwig camps ahead of August poll.

Businesswoman Agnes Kagure has on the other hand, declined to shelve her gubernatorial bid and declared to vie as independent candidate.

Fear of ICC Made Me Accept Ruto's Victory, Raila Explains