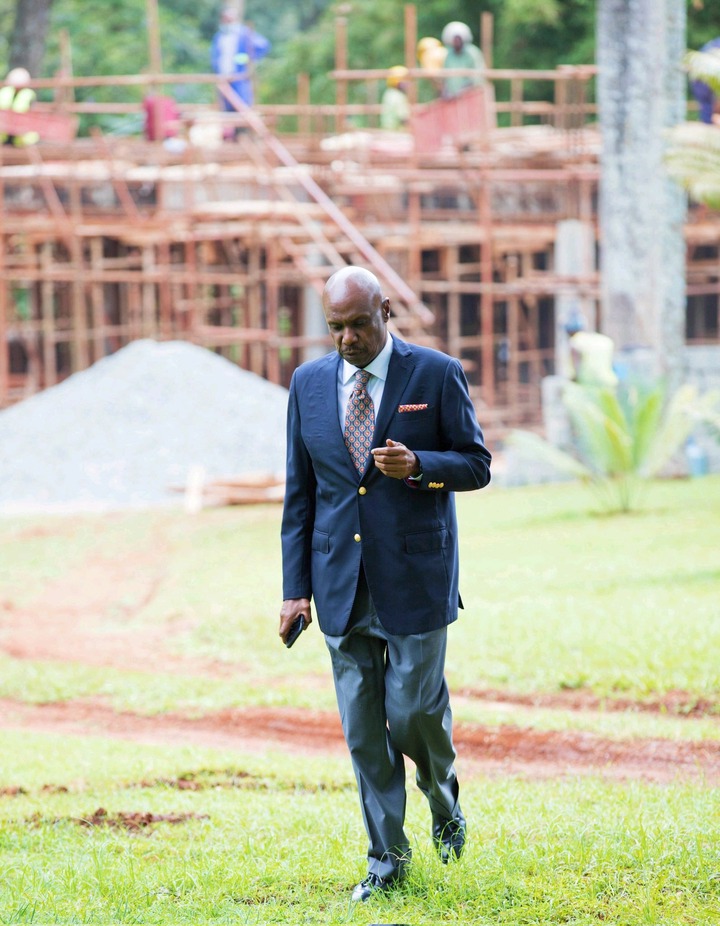 Former Baringo Senator, Gideon Moi who is a famous Politician in the country has decided to lead a private life ever since he lost his senatorial seat to UDA's William Cheptumo. Gideon Moi lost his seat despite being a key principal of Azimio La Umoja Coalition. He has since been living a private life as he makes rare appearances in some functions.

William Cheptumo who defeated Gideon Moi in the Senatorial race was previously serving as Baringo North Member of Parliament for 15 years. Gideon Moi who is a fierce critic of William Ruto hasn't been appointed in any Government position leaving him as KANU Party Leader. 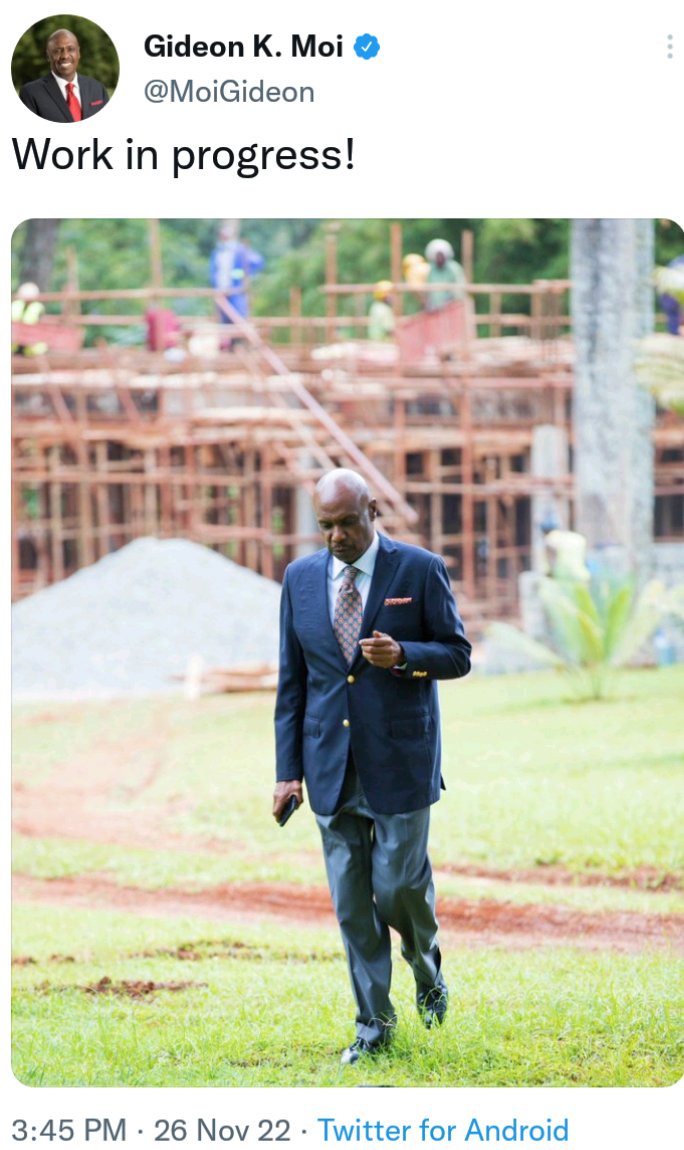 Through his official tweeter account, Gideon Moi has shared a photo of himself as an image of a building under construction appearing in the background. Even though the former Baringo Senator has shared a blurred photo of the building, he has announced that there's work in progress.

What could Gideon Moi be constructing that has forced him to update Kenyans through his own official Tweeter account. It's always very rare to see the son to Former President, Daniel Moi updating Kenyans on some of the Mega projects he's undertaking. It seem the project Gideon Moi has shared will be a game changer in the country as Kenyans wait to see the final project.

Content created and supplied by: Egesa52news (via Opera News )