For instance UDA party chairman Johnston Muthama who unsuccessfully vied for gubernatorial election in Makueni county was touted to as a potential cabinet Secretary going by the role he had played in the previous election.

Mr Muthama was the chief executive and director of President Ruto's campaigns. However Dr. Ruto had rewarded allies who lost in election but left out the party chairman.

Josphat Nanok, Hasan Omar former governor for Turkana and Senator for Mombasa respectful had also been left out contrary to expectations of political pundits.

Information from reputable source has established that Muthama could land on a powerful permanent secretary or Chief administrative position. 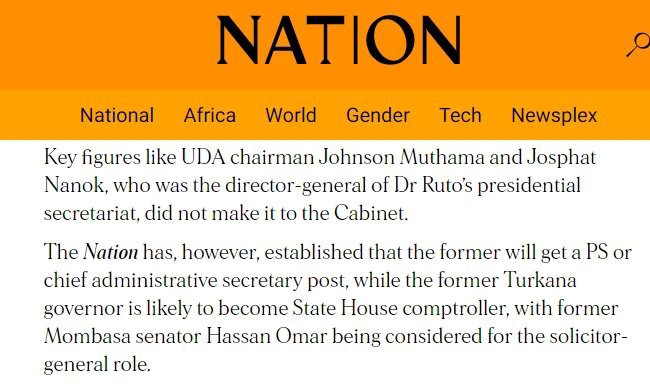 Mr. Josphat Nanok is likely to become state house controller while Mr. Omar is being considered for the solicitor general role.

Former Kakamega senator, Cleophas Malala hitherto information on him is scanty, earlier he had been touted as potential Cabinet Secretary for sports but it landed on Ababu Namwamba. PHOTO COURTESY, Malala 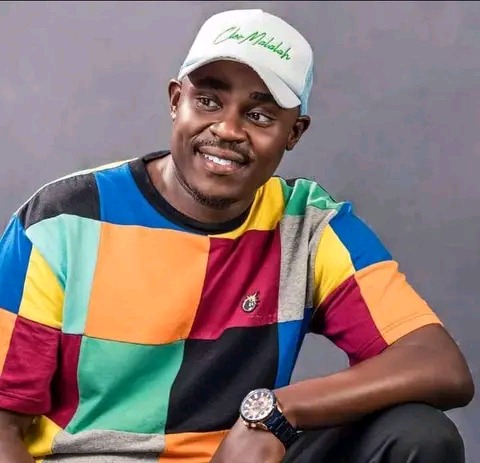 He was the man behind the formation of Kenya Kwanza Alliance that propelled Ruto to state house.