What Raila Told Ruto While He was Speaking in Nyahururu

By Pngenomutai (self media writer) | 1 month ago

After the Sunday services at AIC Church in Naivasha, ODM chief Hon Raila Odinga toured Nyahururu town, Laikipia County and Subukia sub-county in Nakuru County to speak to the residents and sell his Azimio la Umoja thing. The supremacy battle for Mount Kenya has intensified between Raila Odinga and William Ruto. 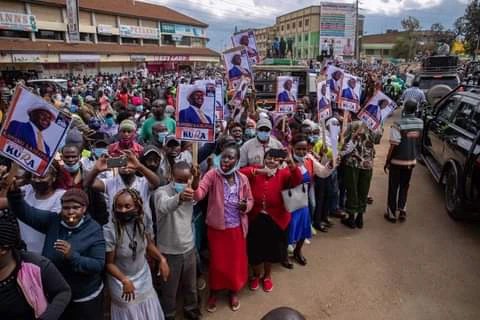 [A photo Nyahururu Residents who were listening to Raila's Speech]

Odinga and the OKA leaders have solidified campaigns to succeed President Kenyatta, with latest attempts and meetings said to woe the OKA leaders to back Odinga who many people have seen as a formidable candidate to compete with Ruto. Ruto insists that he has been more close to the region due to his numerous visits since 2013 when he was elected together with President Kenyatta through Jubilee ticket, Raila has fired back saying that he has always believed in the region and its people. Raila while speaking to the people of Nyahururu, he reminded them of a time of the time back when he said "Kibaki tosha" for president knowing that he was a kikuyu. Odinga was responding to Ruto’s remarks that he is the political supremo of Central Kenya which appear to have a vacuum as President Uhuru Ken second and final term in office is drawing closer to an end. 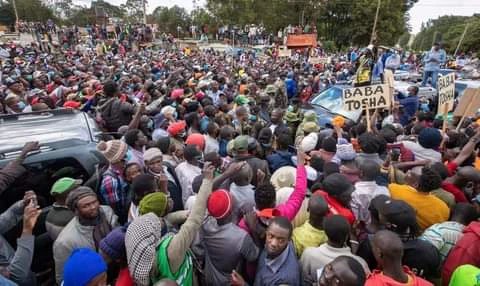 The Mt Kenya tycoons said they are meeting presidential candidates to understand their vision for Kenya and their Mt Kenya region. But to Dr. Ruto this was just a scapegoat and a lie to use to convince the people of Mt Kenya to vote for Raila Odinga as their choice. Ruto continued to say that the so called tycoons have their personal interest and they should not make decisions for the people. He said they are just looking for the best for themselves leaving behind the needs of a common mwananchi, who according to Ruto’s bottom up approach are the key stakeholders. They should be supported to live the life which equates the normal standards. 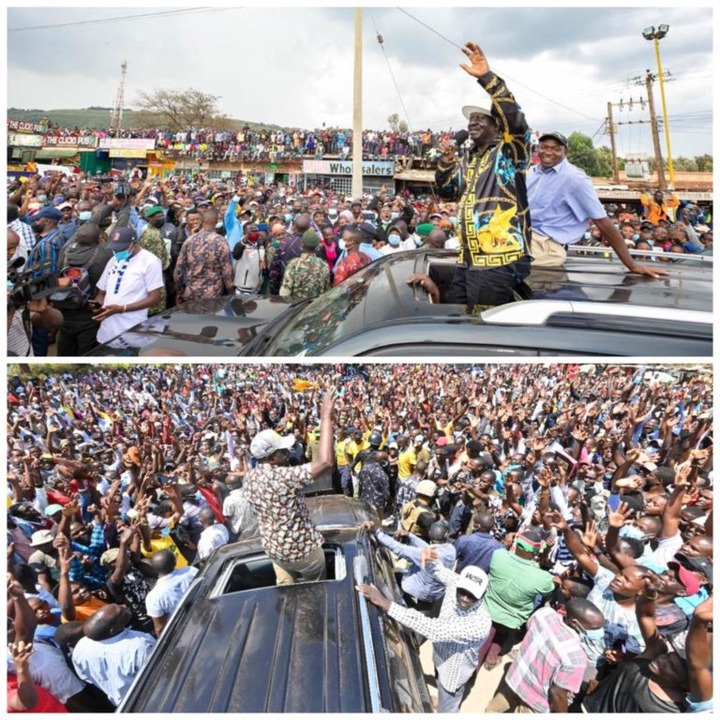 [A Photo of Raila in Nyahururu and Ruto in Isiolo]

But Ruto has told them off saying, “vetting presidential aspirants in hotels in Nairobi will not help solve the problems facing Kenyans. The process will not provide a leader for Kenyans because Kenyans know what they want.” he said while he was in Isiolo. The Deputy President said it is only by embracing the Bottom-Up economic model that problems facing millions of Kenyans can be addressed.

Raila Odinga maintained that he is the best candidate to take this country to another level after president Kenyatta’s term ends. He said that he will salvage the country’s economy and provide jobs to tge unemployed youths in the country.