By @Facts (self media writer) | 9 months ago 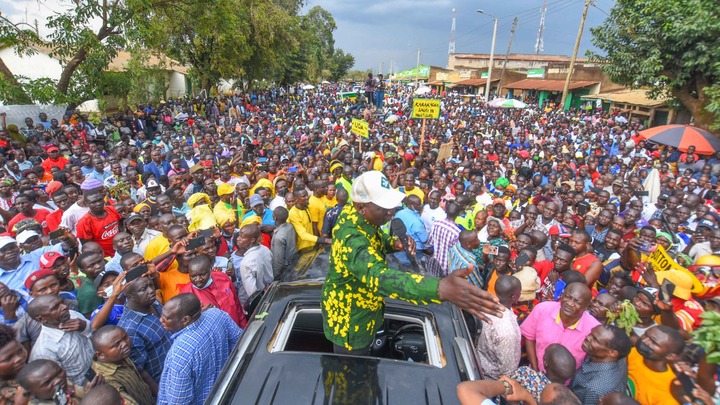 Political leaders and Kenyans have united in condemning the stoning of Deputy President William Ruto's convoy by rowdy Busia youths during his tour to the Western Region on Saturday.

According to several reports, a number of vehicles were slightly damaged during the fracas, after the youths blocked Kisumu-Busia road at the Korinda Junction before throwing stones.

The UDA's National Vice Treasurer Mary Emase claimed that the youths demanded Sh400,000 ahead of Ruto's tour, and that they had assured to disrupt the DP's rallies if they were not paid the money.

As reported by the Star, Emase confirmed that none of the DP's vehicle was destroyed adding it was the efforts of the anti-riot police who intervened before the incident got out of hand.

The youths wanted Sh400,000 before they vandalised the vehicles. That you cannot conduct a rally in Busia if you have not given them Sh400,000? We can’t allow that," said Emase.

She further revealed that the youths had earlier warned the UDA party's Coordinator Susan Mandeni against the rallies adding that it was better to empower the small scale traders than give the money to the rowdy youths.

RIP: A Man Flees After Stabbing A 60 Year Old For Failing To Pay Him Sh. 50 In Nyamira County.