Kitui Governor Mama Charity Ngilu has rooted for the election of the former Prime Minister Raila Odinga in his bid to be the next president after Uhuru Kenyatta exits. 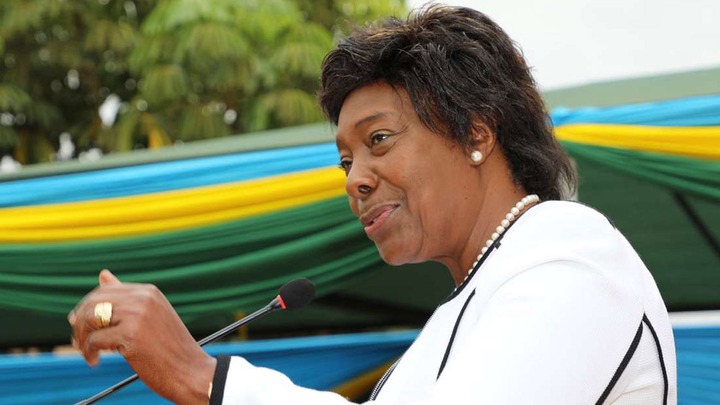 Ngilu who has maintained a low key political life for the past couple of days was speaking in Kitui on Sunday when she hosted Mombasa Governor Hassan Joho among other Muslim leaders during the commissioning of the refurbished Kitui Masjid Noor Mosque that was funded by Mombasa based Bajaber Family Foundation.

According to the Star, Ngilu said that she cannot imagine being outside the government that will be formed by Raila after the 2022 elections.

She added that she will popularize the ODM leader's presidential bid across her county.

"I cannot stand being outside the next government and that's why I will back Odinga's quest to the end," said the first term governor.

Her remark comes a day after her counterpart from Machakos Alfred Mutua downplayed Wiper leader Kalonzo Musyoka's presidential bid stating that his political muscles had diminished following the party's loss in the recent concluded by-election in Nguu/Masumba Ward, and that it was his time to retire.