By Thegreat&amp;amp;sweetwritter (self media writer) | 2 months ago

While speaking at 'azimio la Umoja" in Kwale county, the Siaya county senator honourable James Orengo today educated the deputy president William Samoei Ruto and his allies about the meaning of Jubilee.

According to the Siaya senator, he stated that the meaning of Jubilee means "paying back the denies" He added that the DP never realized that Uhuru Kenyatta was intrested in paying back the deny by ensuring the DP Ruto returns back the plots of land he allegedly robbed off the Kenyans. In addition to that, the Siaya senator stated that president Kenyatta also plans to payback the deny to the former prime minister Raila Amollo Odinga after his further successfully endorsed Jomo Kenyatta as the first president of Kenya. 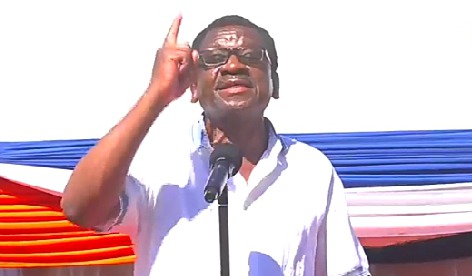 He added that the former prime minister Raila Amollo Odinga also endorsed the the former president Mwai Kibaki and Ruto never new that Uhuru has started paying back the deny.